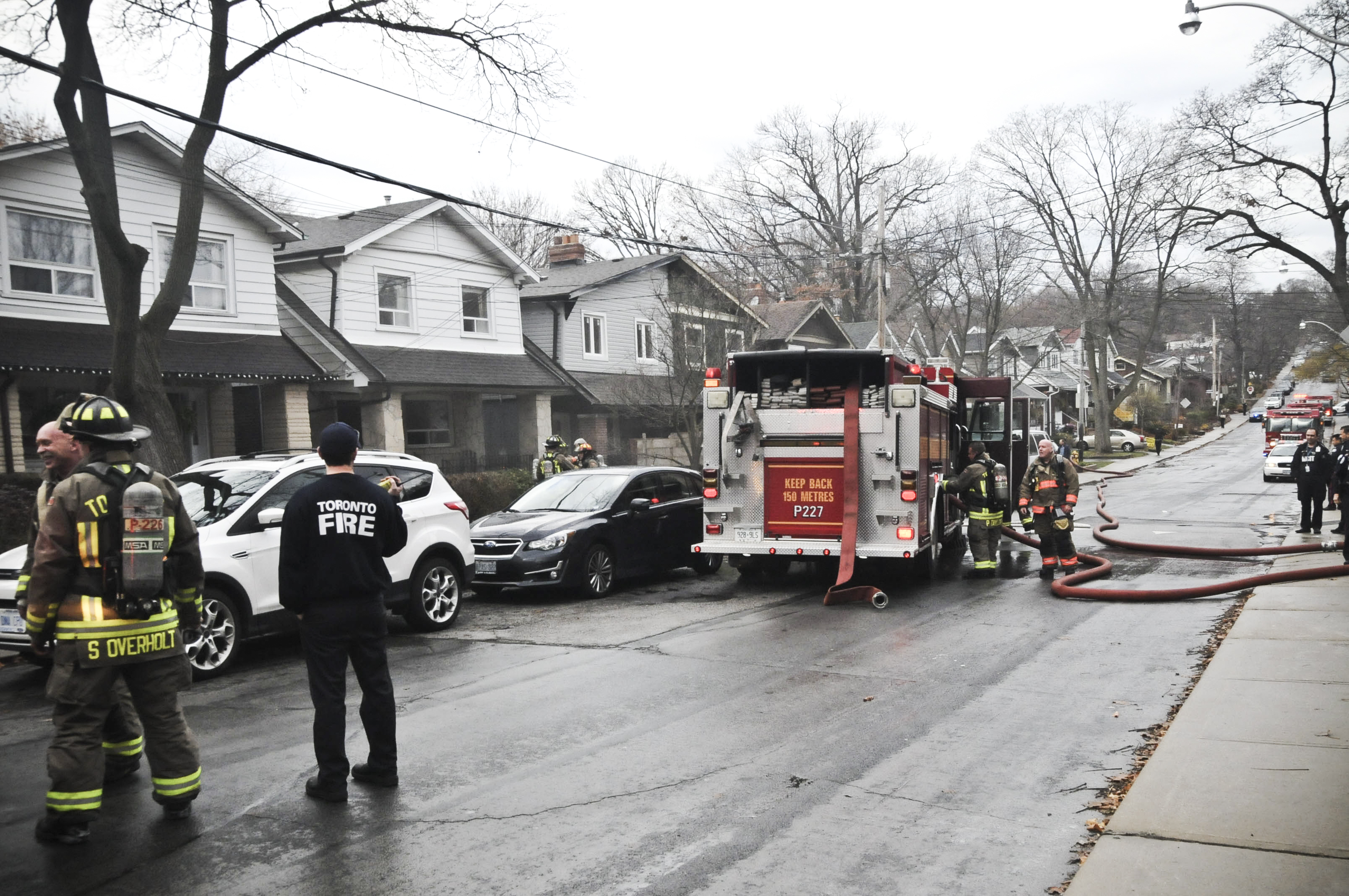 A fire on Brookside Drive brought more than a dozen fire trucks to the area on the afternoon of November 30. PHOTO: Lara O'Keefe

A two-alarm fire rang out on Brookside Drive in the Kingston Road and Woodbine Avenue area just after noon today, bringing more than a dozen trucks to the scene of the incident.

The cause of the fire and extent of damages are still unknown at this time with Platoon Chief Randy Smith saying “we’re still putting it out before we figure out damage estimates.”

At least two cats were in the home at the time the fire broke out. Smith said that “a couple of animals have been removed and our crews are working on them right now. We’ve notified animal services too.”