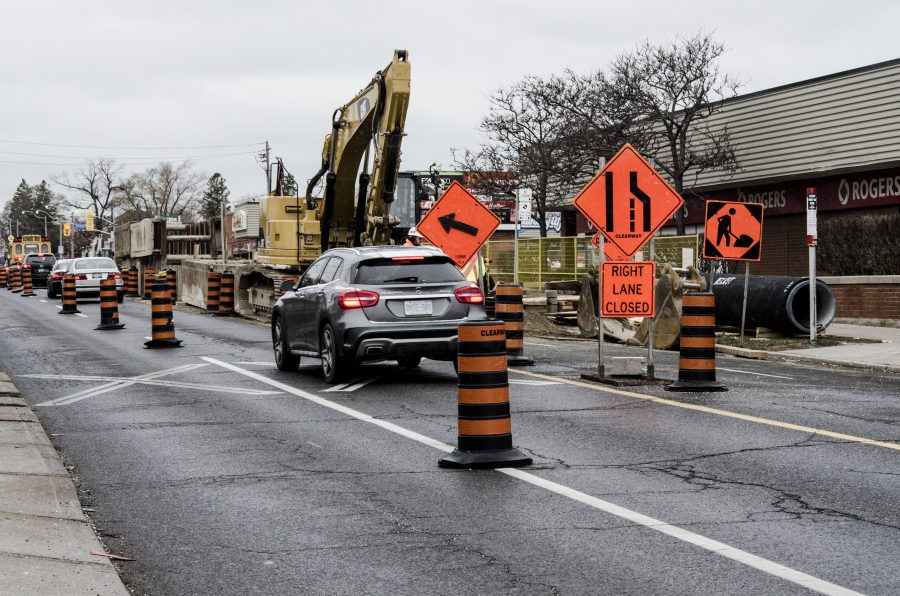 Construction at Victoria Park and Gerrard is expected to continue into the new year. PHOTO: Lara O'Keefe

An ongoing transmission water main replacement project that was set to be finished by the end of September is now said to be complete by the end of January 2017.

The goal of the project is to renew aging infrastructure, improve water distribution and reduce the risk of water main breaks, but the year-long project has caused delays for drivers and TTC riders alike, leading to frustration for commuters.

However, Steve Johnson speaking on behalf of the City of Toronto said that despite some initial setbacks, portions of the work have been completed including the replacement of a water main and restoration of the road on Victoria Park Avenue between Gerrard Street East and Wakewood Street, in addition to the replacement of the water main on Gerrard Street East from Kingswood Road to Victoria Park Avenue.

Johnson further explained that the project contractor is now working extended hours in an effort to expedite the construction and finish all of the restorations and installations by January 2017.

Commuters may get a break sooner than that though, with the city saying regular traffic will resume on Gerrard Street East between Victoria Park and Kingswood Road by the end of November.