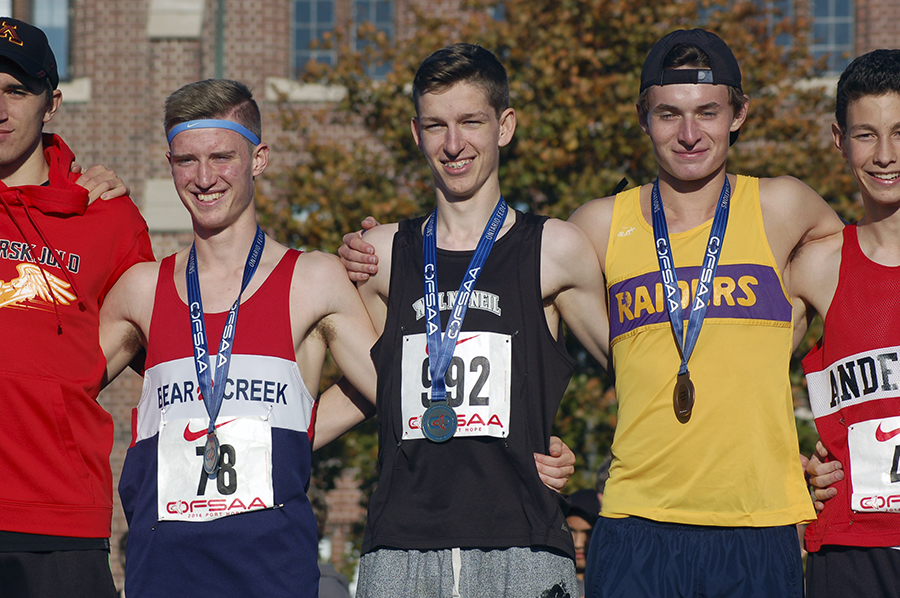 On November 5 cross country athletes from Neil McNeil attended OFSAA in high spirits, hoping to head home from Trinity College with more wins under their belts.

The athletes were confident after walking away with multiple championship titles during the TDCAA cross country championships at the end of October.

There, Grade 9 student Liam McKelvey made the school proud as the individual gold medalist in the midget race, while Andrew Alexander took home the gold medal in the senior boys race.

Neil McNeil also successfully won the overall title during the TDCAA for the ninth year in a row.

Next up was OFSAA, where they walked away with a number of medals including another gold for Alexander in the senior boys race. He has now won five of his six races and has proven himself a force to be reckoned with in the world of track.