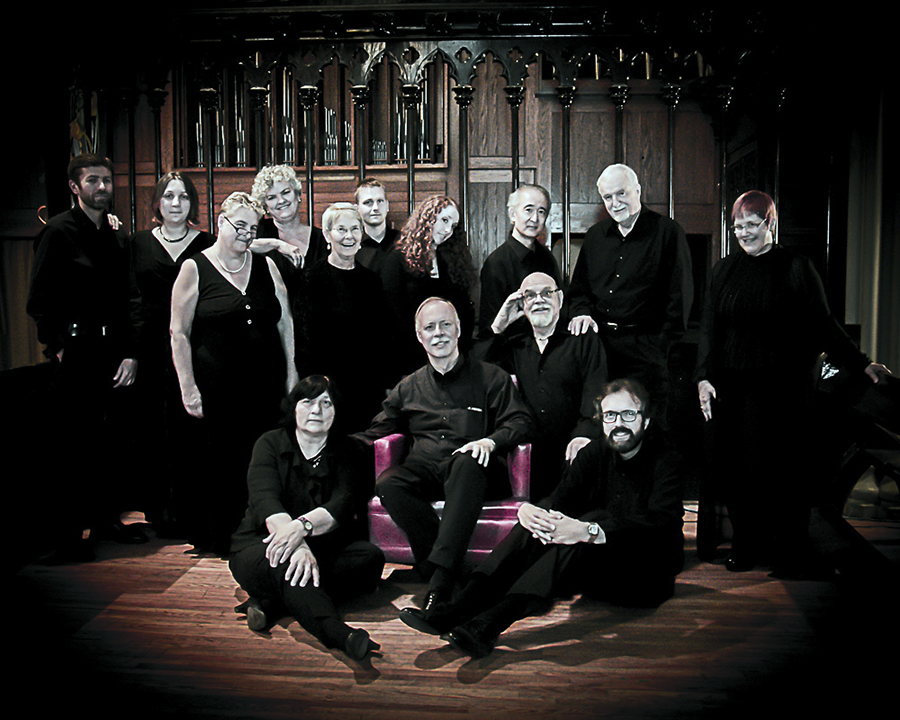 Take some time this season to appreciate the Christmas music of Dresden’s most famous Renaissance and early Baroque stars with Cantemus Singers, directed by Michael Erdman.

A benefit concert for Community Centre 55’s Share-a-Christmas, which provides food toys and hampers to over 850 families in Toronto’s East End, the 12-voice a capella ensemble presents “In Dulci Jubilo!”, Christmas motets and carols by Praetorius, Schütz and Bach.

“As the capital of Saxony, Dresden was a natural centre for cultural activity and music, which developed through the Renaissance and early period of Martin Luther’s new Protestant movement, thanks to the strong support of its enlightened Electors, the state rulers,” explained Erdman. “In the century following Luther’s death, great hymn-writers and musicians at Dresden’s court helped bring the new religion to life with song, and built a rich musical legacy that inspired composers of the generations that followed.”

Cantemus Singers began in 2008 by Erdman as a way to celebrate and expose audiences to the secular vocal music of the Renaissance and early baroque. The ensemble focuses mainly on “the interesting and evocative madrigals and chansons of the 16th century” and performs religious works less commonly heard by Toronto audiences.

“Although J.S. Bach was only an occasional visitor to Dresden from nearby Leipzig and never lived there, we are confident he wouldn’t mind our singing his motet ‘Lobet den Herrn, alle Heiden’ (BWV230) as part of the festivities,” said Erdman.