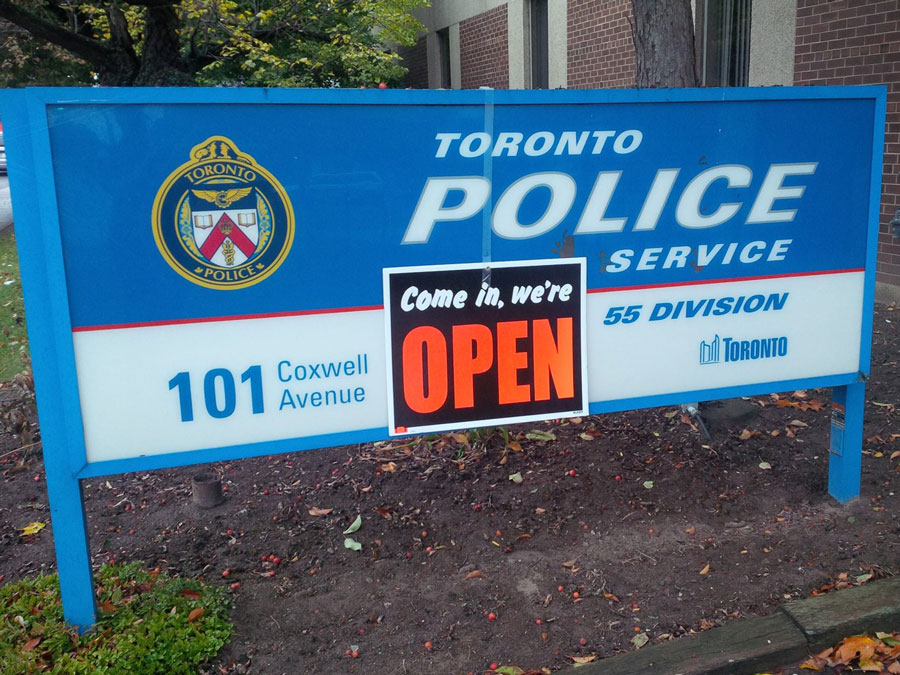 November 7 marked the beginning of Crime Prevention Week and Jon Morrice, crime prevention and social media officer for Toronto Police’s 55 Division wants your input on how to plan for safer communities.

With new changes for Toronto Police Service just around the corner, Morrice is aiming to work alongside the community to create safe neighbourhoods and prevent crime before it happens.

He’ll be working to fulfill elements laid out in The Way Forward report — the interim report outlining the changes proposed for the police force — including the push to ensure “officers will be known, valued and trusted members of the community who have skills, knowledge, experience, and emotional intelligence to build strong relationships to keep communities safe.”

Last week, Morrice called out to those in the 55 Division stating on the division’s Facebook group, “I think we have a pretty good relationship on these [Facebook] groups, but it can be more effective. Let’s plan together.”

The focus of the week is about building partnerships between the public and Toronto Police that will lead to better access and delivery of services.

“I would like to strengthen my direct relationships with the community with information on crimes of importance to residents,” he expressed in an email.

Morrice said he plans to improve communication by encouraging real-time chatting on social media and responding on his bike to complaints, in addition to promoting ‘street captains’ as a way to direct residents to the appropriate resources.

The Way Forward report has placed a heavy emphasis on improved communications and touch points between citizens and the police “through investing in mobile smart technology,” it reads. “Officers will work in their neighbourhood sometimes on foot, bike and deliver services flexibly from appropriate locations, even a park bench by phone, email, text or social media.”

A ‘street captain’ will be a person from the neighbourhood who is “community-oriented and concerned for the overall well-being of their immediate neighbourhood,” explained Morrice.

Their role would be to communicate frequently with Morrice and the residents of 55 Division regarding safety issues including events such as break-ins or theft.

In his Facebook post, Morrice continued to say that “in the past I have come to neighbourhood dinner parties and sat down for an hour to talk about home safety … I have also gone for walks around a neighbourhood with residents identifying safety concerns. These are both very valuable and I would like to do more.”

Toronto Police, including Morrice, are encouraging people to be vigilant in preventing crime by investing in strong door frames and locks, ensuring windows are secure, and developing close relationships with neighbours for shared accountability in crime prevention.

The hope is that by working together as a community, people will be more informed about crimes in their area leading to more vigilance when it comes to prevention and even the sharing of information that could help citizens solve crimes that take place.

“I think it’s a good engagement idea and can have an impact on deterrence,” said Morrice.