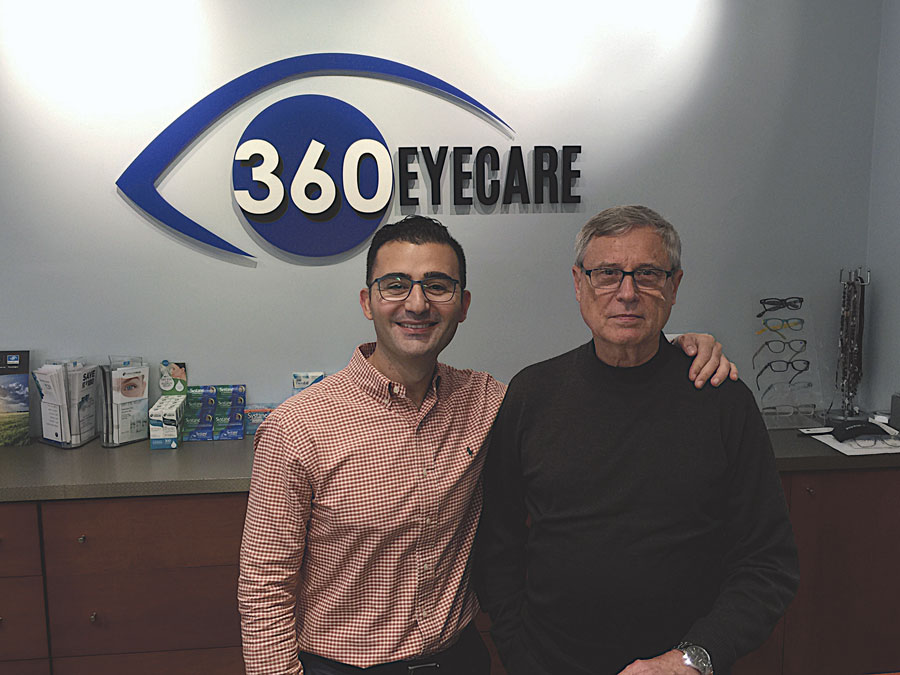 After nearly 20 years of service, Crystal Beach Optical is under new ownership.

George Malina opened the eyewear clinic and storefront in 1997, operating it for 19 years. In June, he oversaw the business’s transition to Dr. Sam Baraam, an optometrist who worked for the clinic as a fill-in doctor back in 2012.

Now, with a full-time eye doctor at the helm for the long-term – for years optometrist appointments at the clinic were limited because Malina was not an optometrist himself, he brought in contractor optometrists for a few hours a week – the focus has shifted to becoming 360 Eyecare, a clinic “offering the full circle of eyecare,” said Baraam.

“Services include eye exams six days a week, eye emergency clinic, diabetic retinopathy and other eye disease management,” he said. “This is in addition to the great eyewear products and vision services provided by the optical store.”

Baraam has had his sights set on settling down in the Beach community for a long time – he attended Neil McNeil when he was younger before his family moved to Markham. After a stint in America, he’s finally found himself back in the neighbourhood he loves.

“I plan to be an integral part of this great community and raise a family here,” he said. Aside from new equipment and new services, Baraam says his practice is distinguishable from other offices because of his interest in children’s eyecare.

“I also have further training in binocular vision, and visual-perceptual therapy in Pediatric patients,” he said. “So I enjoy utilizing my pediatric training and see kids of all ages and as young as six months old.”

He hopes he will be able to treat those children until they have families in the Beach of their own.

“We want to be the go to place for everything eye-related for everyone in our community,” he said.