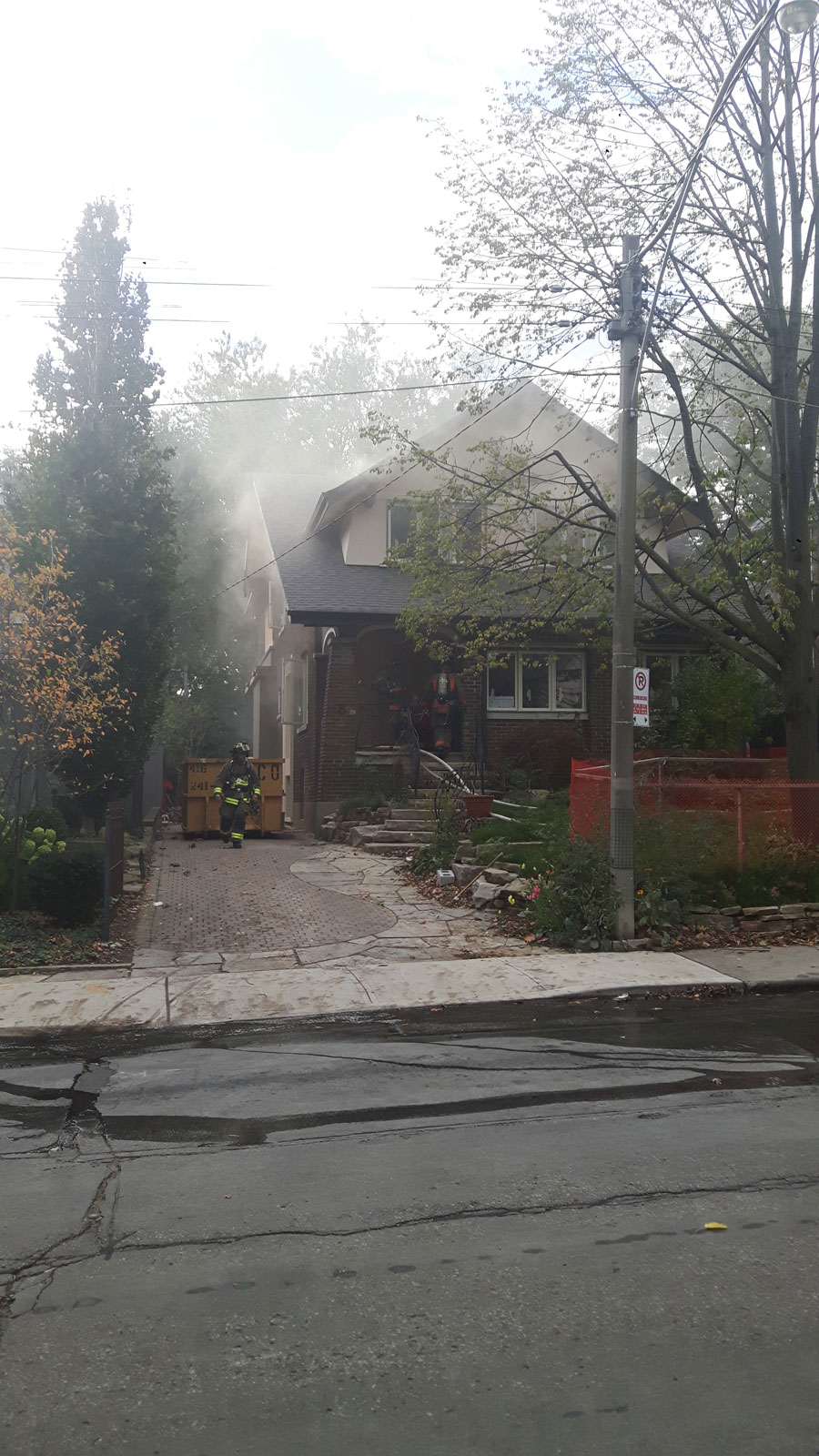 Smoke and flames could be seen from the street as a fire blazed on Neville Park Blvd. PHOTO: Submitted

Toronto Police is on the scene after a fire broke out at a house near Neville Park Boulevard and Balmy Beach Park Trail.

Reports say smoke and flames were coming out of the house, which was empty as it is currently under construction.

No injuries have been reported. The cause of the fire is unknown at this time.