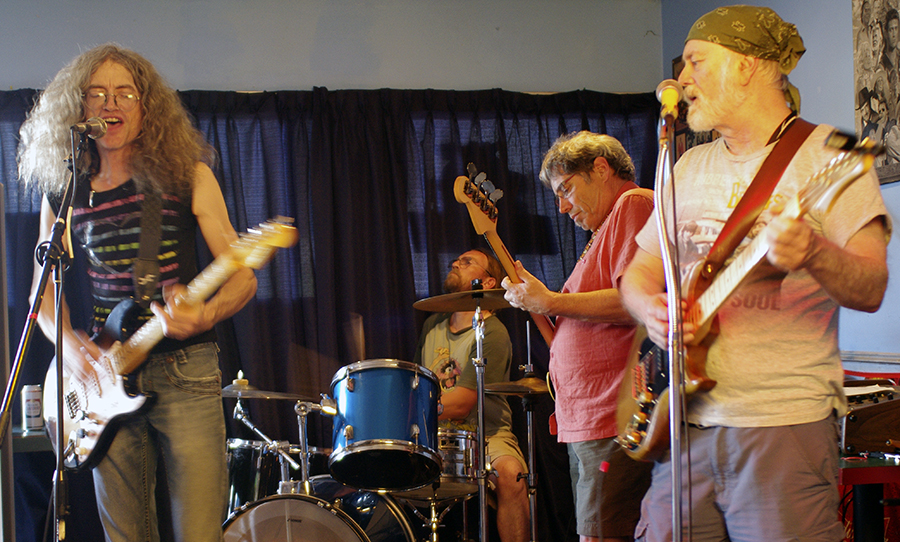 Beach-based electric and eclectic quartet The Two Fours are playing and hosting an open mic/jam session tomorrow, October 5 at The Peppery Cat.

Playing from 8 to 11 p.m., The Two Fours will be joined by special guests Tequila Mockingbirds, plus jammers wanting to step up to sing and play. No cover.

Fronted by longtime Beach residents Corey Cousineau and Wally Hucker (Editor’s note: Hucker is known at Beach Metro News for being the captain of one of the largest paper routes), The Two Fours feature the duo on guitars and vocals, plus drummer and bassist. Their core repertoire includes blues from Robert Johnson and Howlin’ Wolf, rockabilly and roots from the likes of Elvis, Orbison, and The Everlys, and country from Hank, Merle, and Stompin’ Tom.

They might follow hillbilly footstomper “Good Ol’ Mountain Dew” with David Bowie’s progressive rock “The Man Who Sold the World” or the hip punk of “Waitin’ For My Man” by Lou Reed. A smattering of original’s such as Cousineau’s “Highway 401,” a riff on the jazz/blues/rock classic “Route 66,” dot their performances.

During that stint the duo adopted the name The Two Fours, expressing their performances as a duo or as part of a quartet incorporating drums and bass.

Last month they guest hosted the long running Sunday afternoon jam at The Black Bear Pub on O’Connor Drive. The Two Fours, after backing singer Bernie Oldham of Hogtown Country at The Black Bear, were described by him as “Led Zeppelin meets Hank Williams.” Cousineau disagrees. “We don’t do any Led Zeppelin. Yet.”