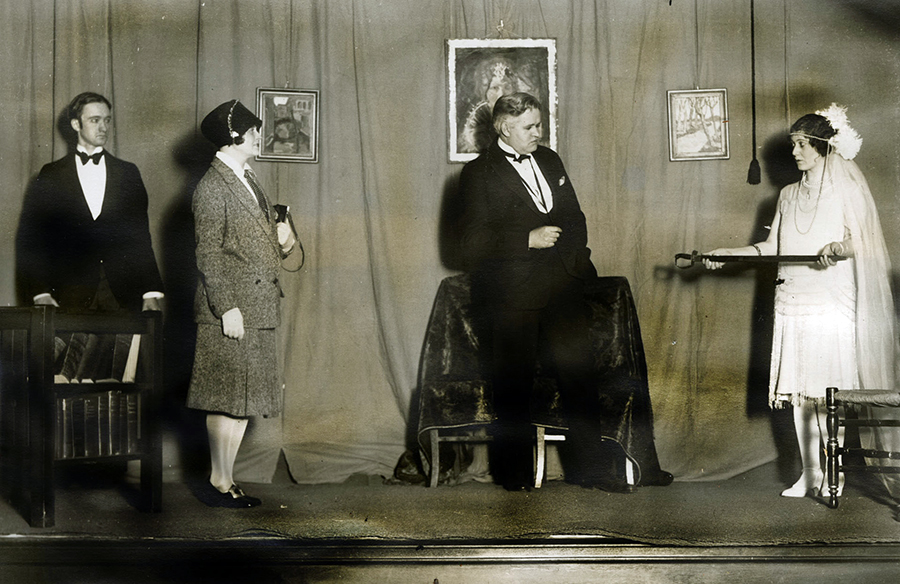 The Beach has been harbouring artistic talent for a long time. Authors, actors, musicians, painters, artisans, some just passing through, some here for the long term, but all of them adding to the life of the neighbourhood.

The list of notable individuals includes, for instance, pianist Glenn Gould and filmmaker Norman Jewison. Writer, editor, journalist Robert Fulford, whose memories of the Beach are less than happy, was a neighbourhood friend of Gould’s. Painter Doris McCarthy grew up at Balsam and Pine then left for the Scarborough Bluffs. Later, painter William Kurelek lived a few doors up on Balsam, and around the corner on Beech was author, ornithologist, journalist Fred Bodsworth. His 1955 book, The Last of the Curlews was reprinted in 1995 at the urging of environmentalists in the United States. It has sold three million copies and been turned into an animated film. Muriel Lennox has had international attention for her biography of horseman E.P. Taylor and a book on his champion, Northern Dancer.

There have been community arts groups nurtured in the neighbourhood from the early 1900s by the Beaches Library, 100 years old this year, and by the venerable Beach churches.

In the 1920s, there was a Beaches Library Drama League that specialized in Canadian writers, and that scored a second place regional award in a Dominion Drama Festival. The library held regular music hours with the Beaches Branch of the Toronto Conservatory and mounted exhibits by local artists.

For 45 years Kew Beach United Church was home to the Kew Beach Players and there were annual variety shows put on by the Couples Club. St. John Norway and St Aidan’s had stages that were the sites of plays and music, including operettas.

Currently, theatre is represented by Bard in the Park which mounted Love’s Labour’s Lost in June, its 12th annual production in Kew Gardens. Artistic director Melissa Beveridge describes it as a small repertory company that produces a Shakespeare play every year, with a core of talented Beachers augmented by auditioned actors.

The company was founded by Anne Butler, an accomplished actor and director who had worked at the Shaw Festival, the Neptune in Halifax, Toronto’s Canadian Stage and on television. With some administrative help and the loan of rehearsal space from Centre 55, she established a company that has extended its audience since she retired. Bard in the Park now performs in nearby Norwood and Thinn Parks as well as Kew Gardens.

Two thriving fine and applied arts groups, the Beach Guild of Fine Arts and the Studio Tour both started with a handful of artists in the early ‘90s.

Shirley Jones, one of the Guild’s founding members, says the original eight all knew one another and their first idea was to promote art and artists, and to support each other. Then, she recalled, “there were a lot of people who thought, ‘Boy, this is a good idea.’”

The membership grew to 39 painters, the former Ward 9 News helped with publicity, the politicians were coaxed on board, and the Guild’s first show and sale was held in 1994. There are now about 50 artists involved, and it is a twice a year event that has moved from the Lions’ club house to Kew Cottage to the Beach United Church.

The Studio Tours originators started in much the same way, about eight people meeting over lunch looking for mutual support and a way to introduce themselves and build the market for their work. Lucille Crighton, a weaver and fabric designer who was at the first lunch says they all had experience with open houses and craft shows, and wanted a better way. She says the idea, in part, was to let visitors see where artists live and work, and the Studio Tour was born.

The group scouted the Beach for artists and artisans and the first tour, in 1994, featured 20 of them including potters, wood workers, clothing and fabric designers, a faux painter, jewellers, a basket weaver and Andy Donato, painter and cartoonist for the Toronto Sun.

The group now has about 23 members and tours happen twice a year heralded by the bright yellow bicycles posted along Queen Street offering guides to the studios.

The youngest of the Beach arts organizations is the Beach Chorale, started nine years ago by another group around a kitchen table. When the Bellefair Church choir no longer existed, says artistic director Verena von Stritzky, “we really thought the Beach needed a musical presence. People enjoy making a wonderful choral sound.”

David Garde, recruiter and developer, says, “there was no other non-church singing group at that time, and we thought it was time for a proper concert choir.” The auditioned membership is large – between 55 to 70 singers – and except that he would like to have a few more men’s voices, Garde says he believes the choir has grown not only in numbers, but in ability. They perform classical work under the direction of Mervin Fick. Their next two performances will be in December and on Good Friday at Kingston Road United Church.

Perhaps a tie that binds all these artists plus activists, the history minded and the curious is the Beach and East Toronto Historical Society which has been telling stories about the neighbourhood since 1973. Mary Campbell, one of its founders says the idea was originally inspired by library staff. Campbell, a lifetime Beacher, is a local historian and co-author with Barbara Myrvold of two books on Beach history, and both of them are members of the society.

For most of the year the society offers talks open to everyone at the library. Guest speakers, many of them knowledgeable Beachers, talk about local history and people, about their own work, about historical research, and offer history-related information on, for instance, the waterfront, along with show and tell evenings.

On October 4 at 7 p.m., at the Beaches branch, Beach historians Gene Domagala and Myrvold will talk about the history of the library, its long time involvement with the neighbourhood, and about the building itself, an artistic landmark as one of Toronto’s Carnegie libraries.

Re: Local Artistic Players One of the many local documentary film makers is screening his film at the Fox: “Keepers of the Loom”. It was created by Reet Mae & her brother Tom Mae of Hambly Ave. The film speaks about the Toronto Estonian population, many of whom live in the Beaches. It was filmed on the water’s edge in the Beaches and on Hambly Ave and on Glen Manor and stars a few local Beachers. The film was shown on Estonian TV & won several awards. “The Keepers of the Loom” (alternatively known as “Patterns of Freedom”) The Fox Sunday November 16, 2016 at 4pm.