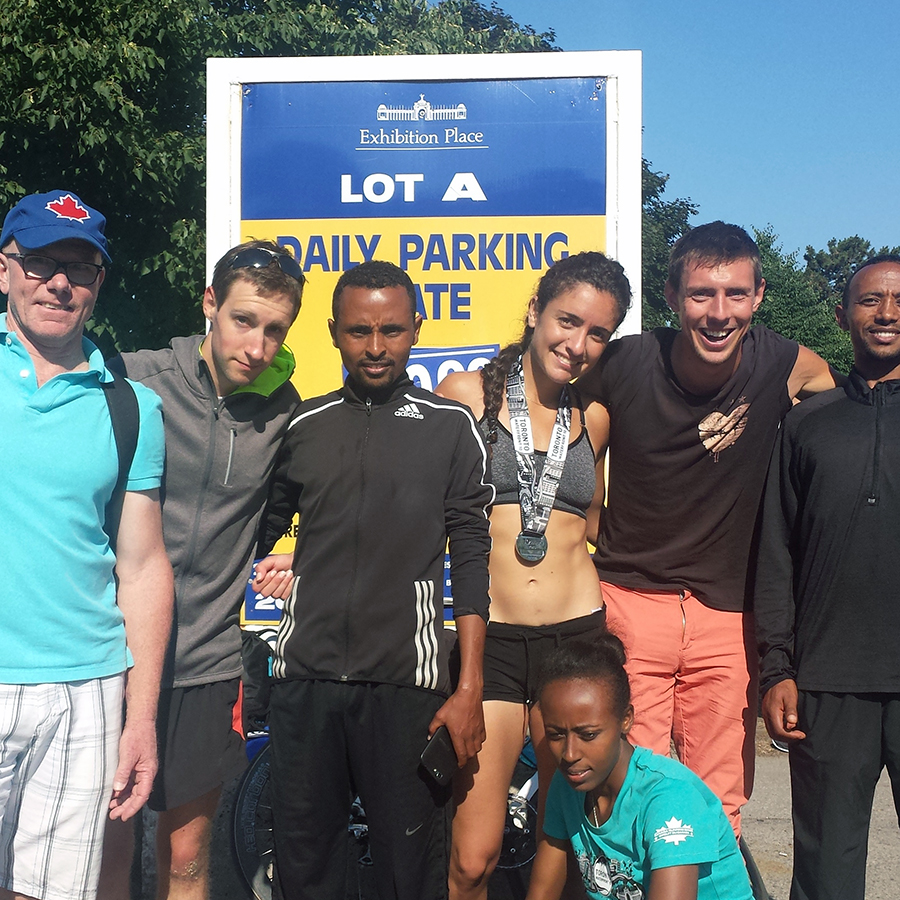 Mike Dion, left, and his Riverdale athletes have been making a name for themselves at East End running races. PHOTO: Submitted

That’s the motto at Riverdale Athletics, a new training group that has seen a fair amount of success in its short career.

Riverdale athletes placed fifth and 11th at the Waterfront 10 km and first at the Durham quarter marathon.

At the Beaches Jazz 5 km, Riverdale entered five racers, and all five entries placed in the top nine, with Riverdale women taking first, second and third in the women’s overall category, third in the men’s overall, and all athletes clocking personal best times.

Coach and founder Mike Dion has been in the coaching business for over 20 years, guiding athletes to provincial and national medals in track and cross country.

The program, which trains at Monarch Park, began with one athlete in June of 2015, and has expanded to 10 athletes.

“We have a great group of athletes that support each other and help each other succeed at whatever level they are at,” he said. “The idea is to train the athletes from recreational to elite.”

The group works on speed, speed endurance, strength endurance and endurance together three times a week, with programmed training on their own time.

“The age range is from late teen to adult,” he said.

And they come from all over the world – three of his runners are from Ethiopia.

Dion would like to see the program expand in order to help more people reach their potential.

“Personal and athletic success for my athletes is what motivates me to coach,” he said.