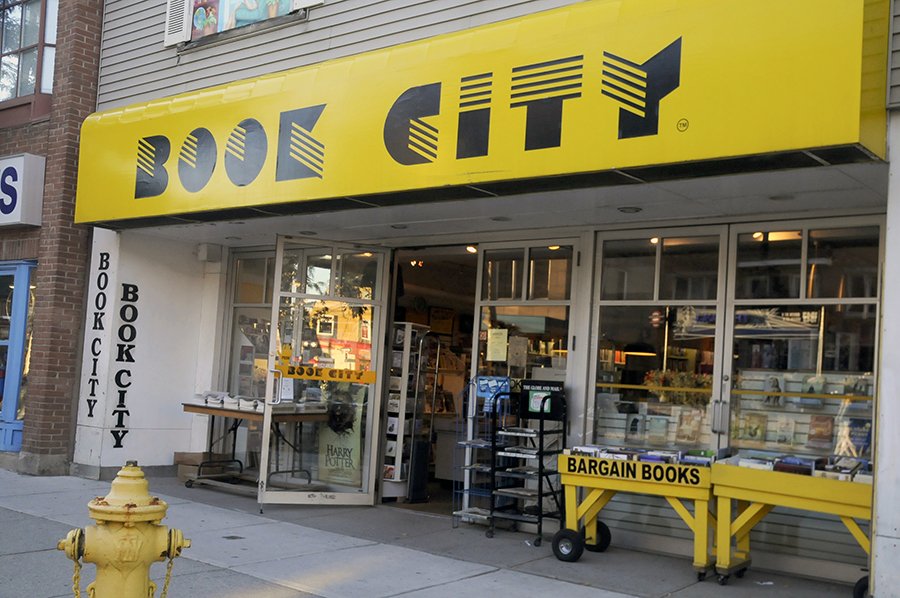 It probably comes as no surprise to those who live here that compared to all of the Book City stores in Toronto, the Beach location has always been a bit different.

The Beach is “unique,” he said, in that its readers have always had an interest in all types of children’s books.

And that continuous, wide-ranging interest spans beyond the children’s section to the rest of the store.

“We have a lot of visitors to the Beach, especially in the summer, so we sell a lot of books on Toronto, on the neighbourhood, that type of thing,” he said.

Donker’s parents opened Book City when he was two years old, and he grew up reading Tin Tin on the floor of the children’s section at the Annex location. By the time he was a teenager, he knew he wanted to one day run the stores, and eventually took over from his parents, who continued to be involved until a few years ago.

Book City celebrates its 40th anniversary October 1, and Donker couldn’t be more proud of the fact that the stores have not only survived, but thrived, in an age when many believe the book business is dying.

“Forty years, I think, is an important long life for any store, and maybe even a little more so for books. Because for every diehard super loyal customer that we have, I’m sure that there are a few that sit there and scratch their heads and think, ‘How can there be a bookstore here in this day and age?’,” he said.

How can there still be a bookstore here?

For one, Donker said the company’s several locations – at its height there were six, now there are four, and he hopes to expand again in the future – helped keep the company afloat.

“The book industry has seen a ton of change over the years, but we’ve always kept our feet moving and been able to stay alive and stay around … We’ve been lucky enough to have multiple stores, so what that has meant is that when one is struggling the others have been able to keep things going until the other one is able to fix itself or the lease runs up and we move,” he said. “That ability to be able to open and close stores has allowed us to survive, in part.”

The company has made a point of tapping into the diversity of those neighbourhoods.

But he said the most important aspect of the company’s success is Book City’s loyal customer base.

“We have incredibly loyal customers in the neighbourhoods we are in,” he said. “We have four incredibly strong neighbourhoods that we’re in, and they just support us like crazy, which we’re very fortunate for.”

Book City is thanking its customers for their decades of loyalty with a celebration on October 1. There will be giveaways, a sale, raffles and cake, with Donker waiting to confirm any authors who might be in attendance and a “festive” mood at all of the locations.

It’s an opportunity for book-lovers to take stock of and support an industry many perceive to be threatened  – although Donker is optimistic.

“The industry has changed a lot with e-books, and online sales, and big box stores coming in in the early ‘90s and that type of stuff,” he said. “But there are plenty of examples that have been around for not even 40 years, but five or 10 years – that opened up when everybody was saying the book is dead, and they’ve opened up and are doing well, too.