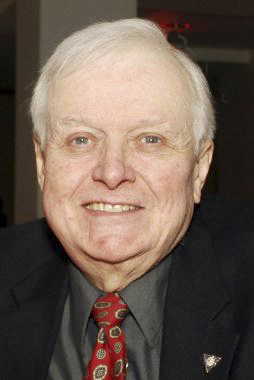 Long-time Beach resident John Ellis was thrilled when he got the call naming him Beach Citizen of the Year. Like many nominees before him, Ellis exemplifies an extraordinary dedication to bettering the community.

“It’s a great thrill to be named Beach Citizen of the Year,” he said. “To be chosen for recognition by one’s friends and neighbours is special.”

Raised on a farm in Rockglen, Saskatchewan, Ellis was born into a family that lived and breathed community values. He credits his parents, survivors of the drought and depression in the ‘Dirty Thirties’, for shaping his worldview. “[They] realized that it was necessary to have governments and institutions that placed the needs of people first,” he explained. “This led to a lifetime commitment to democratic socialism and cooperative enterprise.”

His devotion to community only grew stronger when he and his wife moved to their home in the Beaches in 1973. A member of the Beach Triangle Residents Association since 1985, Ellis has been at the forefront of a number of battles which sought to protect and improve the Beach. When the Ellis’ settled in to their home on Rainsford (affectionately nicknamed ‘Three Cedars’), they immediately noticed issues such as noise pollution, parking violations, and drunk and disorderly patrons coming from the much disputed Greenwood Racetrack.

Luckily, “the permanent residents were prepared to roll up their sleeves and work to bring about change. The decision by the Jockey Club to close the race track resulted in the biggest housing development in inner Toronto in over 50 years,” said Ellis. It was a landmark change to say the least.

“What stays the same?” he mused. “The tree-lined streets, the good schools, the fine housing, the beaches and parks, the sense of heritage and history, access to shops and dining within walking distance, but most of all, the continuing presence of people who are prepared to volunteer their precious evenings to community work.” Ellis continued, “The Beach area has more parkland per capita than any other part of Toronto, and the beaches and events held there are great amenities. How often have Beverley and I walked along the boardwalk on a moonlit evening, enjoying the diamond-strewn water, singing ‘Moonlight Bay’ or ‘Harvest Moon’ or ‘Blue Moon’.” Chuckling, he adds, “We hope lakefront residents weren’t disturbed.”

Given his years of service and long list of accolades, we had to ask Ellis which initiatives he feels most proud of.

“Although all of these initiatives are linked,” he said, “I think my contribution to rejuvenation of The Beach and East Toronto Historical Society, Urban Design Guidelines for Queen Street East in the Beach, and to the Heritage Conservation District status loom large.”

When asked what brings him joy these days Ellis told us, “I find joy in the same things that have sustained me through several decades – spending many hours every month on history projects, in helping local associations, in working on our gardens (a project that would benefit from more of my time), home maintenance, time spent with our son and daughter, grandchildren and great-grandchild, and in building support for our treasured Beach community.”

What will John Ellis do with his new title?

“The Citizen of the Year title is a very special recognition that will prove valuable in attracting more support to our community development projects and will be a milestone, with other awards, in my personal life history,” he said.

The Beach 2016 Citizen of the Year ceremony will be held Saturday, Sept. 17 at the Millennium Garden at the southeast corner of Eastern and Coxwell Avenues. Public parking is available in two public parking lots, which are accessible from Eastern Avenue, east of Coxwell.

Congrads Uncle John. Grama Ellis would be so proud.