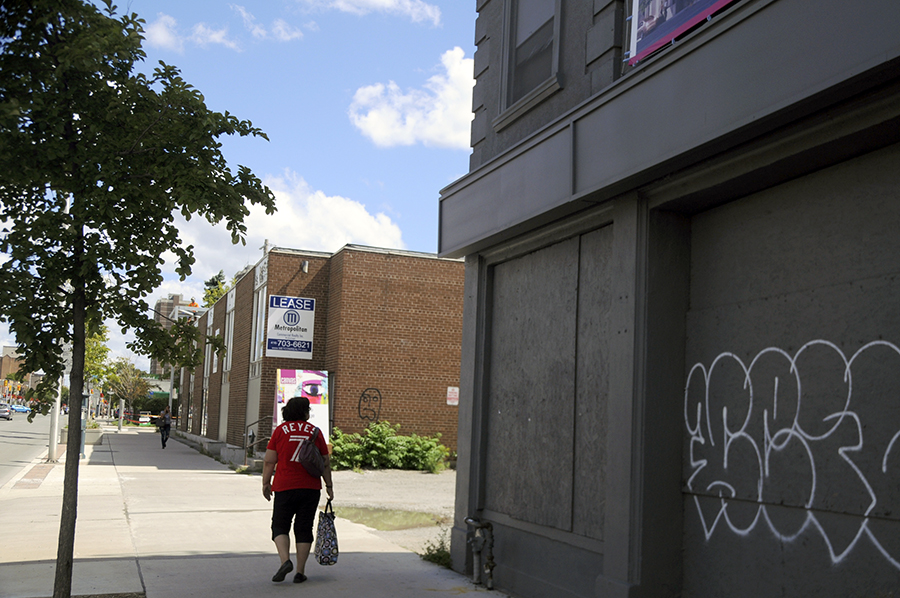 Canvas Condominiums, located at 2301 and 2315 Danforth between Morton Road and Patricia Drive, would replace two buildings on the site: a vacant Canada Post office and the former Wise Guys bar and hotel. With 170 residential units and street level retail space, the proposal shifted over the last several months following community consultations and feedback.

“The building as proposed complies with the Official Plan by intensifying an underutilized site on an Avenue, providing transition from the taller portions of the building on the north side of the site to the Neighbourhoods to the south, maintaining the non-residential at-grade character of Danforth Avenue, and by providing sufficient parking and amenity space on site,” reads the report, posted on the city’s website ahead of tomorrow’s September 7 community council meeting.

Residents noted that initial plans for the building were too monolithic and did not fit in with the character of the neighbourhood. Revised plans with “greater articulation of the building at the lower levels” are meant to be more in step with the mainstreet character of the Danforth, reads the staff report on the project.

At the community meetings held throughout the winter, many expressed concern about the height of the building – eight storeys is significantly taller than the two and three storey buildings currently along that corridor.

But, citing the neighbourhood’s Avenue designation and the city’s mid-rise and avenues guidelines, staff write that, “the maximum allowable height of the Avenues will be no taller than the Avenue right-of-way.

“On Danforth Avenue, which has a right-of-way width of 27 metres, a mid-rise building consisting of commercial uses at grade and residential units above, can be 27 metres in height (roughly nine residential storeys),” reads the report.

“As many of the people attending the community meetings stated, an eight-storey, 28.3 metre high building is quite a bit taller than the existing context of Danforth Avenue … However, the planned context anticipates a mid-rise built form fabric over time, which is identified as between five and 11 storeys in the mid-rise guidelines, depending on local character.”

The report indicates 14 residential rental units which had been occupied on the site until late 2014 or early 2015 will have to be replaced.

The report notes that before specific permits are issued, the developer will have to provide a cash contribution of $400,000 to be used for “improvements to local parks, or other park or public realm improvements within Ward 32.”

Ward 32 councillor Mary-Margaret McMahon recused herself from this proposal early in the process, citing the fact that she lives very close to the development site. In her stead, she designated Ward 21 councillor Joe Mihevc. Ward 31 councillor Janet Davis was also a regular fixture throughout the process