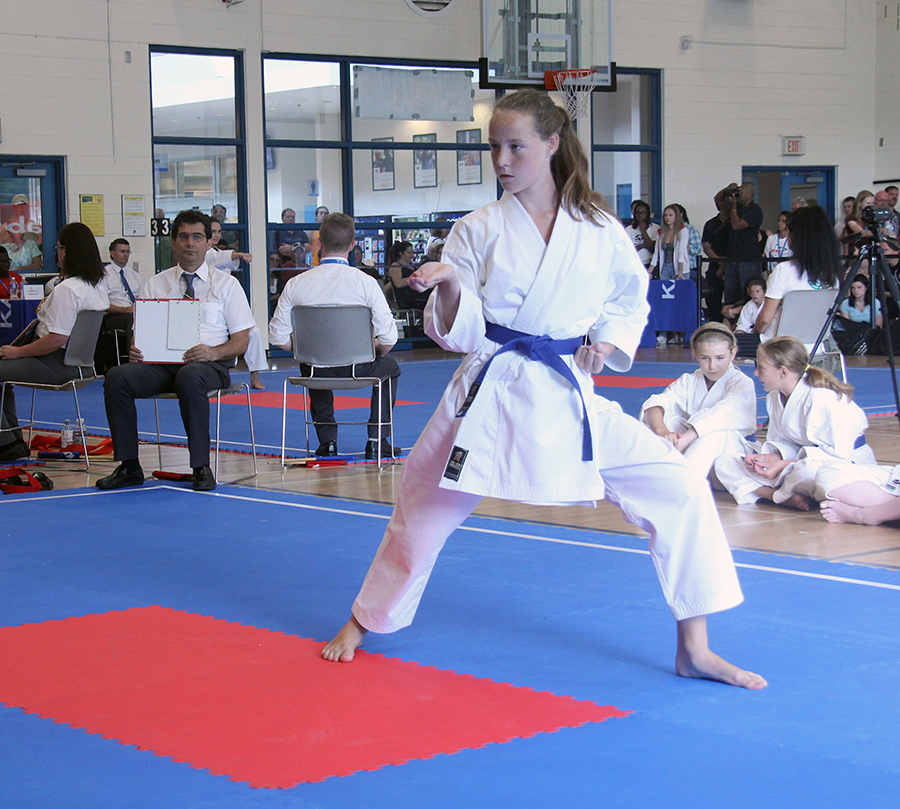 Local athletes Annaliese Bissell and Anna Dawson competed in both disciplines, Olivia Dawson and Sam Chau competed in kata, and Nathalie D’Andrea competed in kumite. D’Andrea earned a silver medal and Bissell took home a bronze, both in kumite.

Ken Benson, Kuma Karate-Do head coach and Ontario provincial team coach, was pleased with the hard work that the athletes put in, giving up part of their summer vacation to train and compete.

“The athletes demonstrated the same work ethic that Olympic athletes need to succeed. Each athlete has been training in karate for over five years, and they are committed and dedicated to push themselves to get better,” he said.

The Ontario Ministry of Tourism, Culture and Sport holds the multi-sport Games every other year. It is designed to provide a high-performance competition experience for athletes ages 12 to 17 competing in 32 different sports. It is a stepping-stone to the Canada Games, Pan Am Games and Olympic Games. With karate included in the 2020 Tokyo Olympics, this year’s Ontario Summer Games took on more meaning for both the athletes and Karate Ontario, the province’s sport organization that is part of the Canadian Olympic pathway.