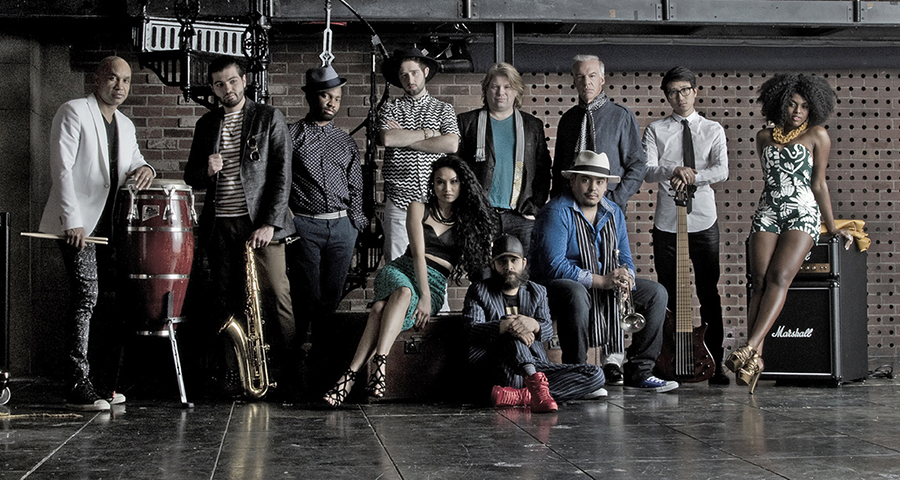 The 28th annual Beaches International Jazz Festival kicks off next weekend, and it’s come a long way since its humble beginnings in Kew Gardens, this year taking over the East End for much of the month of July.

Woodbine Park will be host to a Salsa Festival (July 2 and 3), two main stage weekends (July 15 to 17, July 22 to 24) and the Taste of Jazz (July 19 and 20). The city’s best street festival will shut down Queen Street from Woodbine to Beech Avenue on the evenings of July 21, 22 and 23. A satellite event will take place in Jimmie Simpson Park on July 8, 9 and 10. And, the icing on the cake – or at least the soundtrack to shopping for local ingredients for a cake – bands will perform at local farmers’ markets as part of the ever-expanding festival.

There is also the annual ‘Jazz Up your Windows’ Queen Street storefront window decorating contest, a fundraising fun run for Michael Garron Hospital on July 24 and firefighters collecting donations for Muscular Dystrophy Canada.

The month of jazz kicks off the day after Canada Day, with Salsa Fest taking over Woodbine Park for the remainder of the long weekend. Performances on Saturday, July 2 include Lucho de Sedas, the Changui Havana Orquesta and Saul Torres. Performers on Sunday, July 3 include Johannes Lindstead, Mika Sobreira and Chantel Collado.

From July 15 to 17, two stages will operate at Woodbine Park. The Friday night highlight is 7Sould and the premiere of the group’s ‘Underneath,’ bringing together live music, dance, acrobatics and a hi-tech light show. Saturday will see R&B singer Ivana Santilli take the main stage, followed by the reggae sounds of Colombia’s De Bruces A Mi. On Sunday, the Paul James Band will play in the late afternoon, warming up the stage for weekend closers the Johnny Rawls Big Band.

Meanwhile, the side stage will highlight a capella talents all weekend, starting with Supertonic and The O’Pears on Friday. Saturday’s performers include Countermeasure, led by Beacher John-Michael Erlendson, as well as Duly Noted and Pretty Sharp. Sunday’s lineup includes other groups with an East End connection, including Retrocity, Hampton Avenue Four and FreePlay Duo.

On the side stage at Woodbine Park, The Jazz Mechanics, Swing Shift Big Band and more will bring swinging sounds to the big band stage on July 22, 23 and 24.

Of course for many Beachers, the main event is StreetFest. This long-standing tradition sees Queen Street shut down for three nights of dancing in the street, from 7 to 11 p.m. on July 21, 22 and 23. This year promises the usual mix of old favourites and exciting newcomers, as locals make plans to either host parties or escape town. Some familiar names at this year’s three-night street party include Samba Squad’s percussion party, Dr. Draw’s acrobatic electric violin playing, blues from the Johnny Max Band, and the funk sounds of KC Roberts & the Live Revolution and Project Phoenix, among many others. For anyone new to the event, bands play several 40-minute sets each night alternating with neighbouring bands, so every other spot features live music at any given time.

For the full lineup of performers, set times and events, see beachesjazz.com.

East Lynn Park will host a series of concerts through the month of July. The Danny Loves Music kicks off on Canada Day with the Julian Taylor Band’s alternative soul sounds, with opening act Simone Denny.

Following the holiday show, every Wednesday will feature a different artist or group performing. Paul Reddick takes the stage on July 6, with Stephen Stanley on July 13. Byrds! Byrds! Byrds! will play on July 20, and the closing event on July 27 will feature Ted Peters & Gumbo Ya-Ya, with opening act Dirty Dishes.

The family-friendly concerts will feature arts and crafts vendors and an adult beverage tent, and is presented by the Danforth Mosaic BIA. See thedanny.ca for more information.