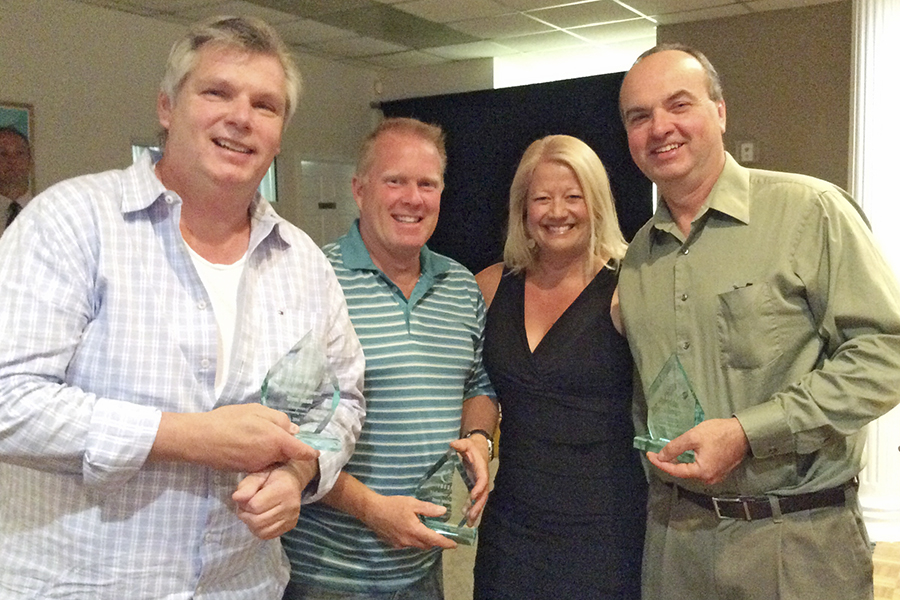 I had the pleasure several weeks ago of presenting awards recognizing three very important people at Adam Beck Public School. Steve Mead, Andrew Pett and Dave Matheson began volunteering their time to coach the Adam Beck hockey team before their children were even eligible to play, and have continued to coach for many, many years after their children graduated.

Steve started coaching in 1988 and Andrew joined in 1989. I have had the pleasure to coach with this ‘dream team’ since 1997. Dave completed the team when he joined the coaching staff a few years later in 2004. Some coaches out there were not even born in 1988.

Steve, Andrew and Dave have coached for a combined total of 64 years at Adam Beck. Now that is what I call dedication!

Steve, Andrew and Dave always put the importance of sportsmanship before winning. They encourage Grade 6 players to be leaders on the team, empowering them to set a great example for younger players through words and actions, both on and off the ice. They all possess a wealth of hockey knowledge, and are always keen, positive and extremely encouraging to all of our players. Players always come first.

At the same time, they encouraged players to do their very best. During their years of coaching, the Adam Beck ice hockey team has played at Maple Leaf Gardens, winning the City Championships in 1988 and returning again in 1989, but coming up just short. These coaches also took teams to play in the City Finals at the Air Canada Centre and Varsity Stadium. At all of these games we had a ‘very long bench,’ ensuring that all members had the opportunity to enjoy this once-in-a-lifetime experience.

Steve, Andrew and Dave have always given their time freely, switching work schedules to attend practices and games. Their goal is simple: try to give all children the opportunity to be part of the team, regardless of their ability. Each year we kept ‘alternates,’ players who were not quite strong enough to make the team. These alternates were encouraged to work on their skating or stopping skills and were invited to attend practices and play a game or two during the regular season.

I asked a few of this year’s hockey players why these amazing coaches should be recognized.

Darian, Grade 6, defence, said “Andrew, Steve and Dave are great coaches. They helped us develop our skills. Even if a player was not as strong as others, they always helped them out, no matter what.”

Jack, Grade 6, centre added, “They got us to a higher level as a team. They always supported all players on the team and had great sportsmanship.”

Bryce, Grade 6, goalie, said “If someone had a bad shift, they did not ‘sit them.’ Instead, they helped them out and told them what they should try next time. They were always very fair with ice time. They are awesome coaches.”

On a personal note, I have learned so much from Steve, Andrew and Dave both on and off the ice. As we work together year after year, they have become so much more than just volunteers, and we have shared many laughs on the bench. They have not only helped the students become better hockey players, they have also helped me become a better coach. They have become my Adam Beck hockey family.