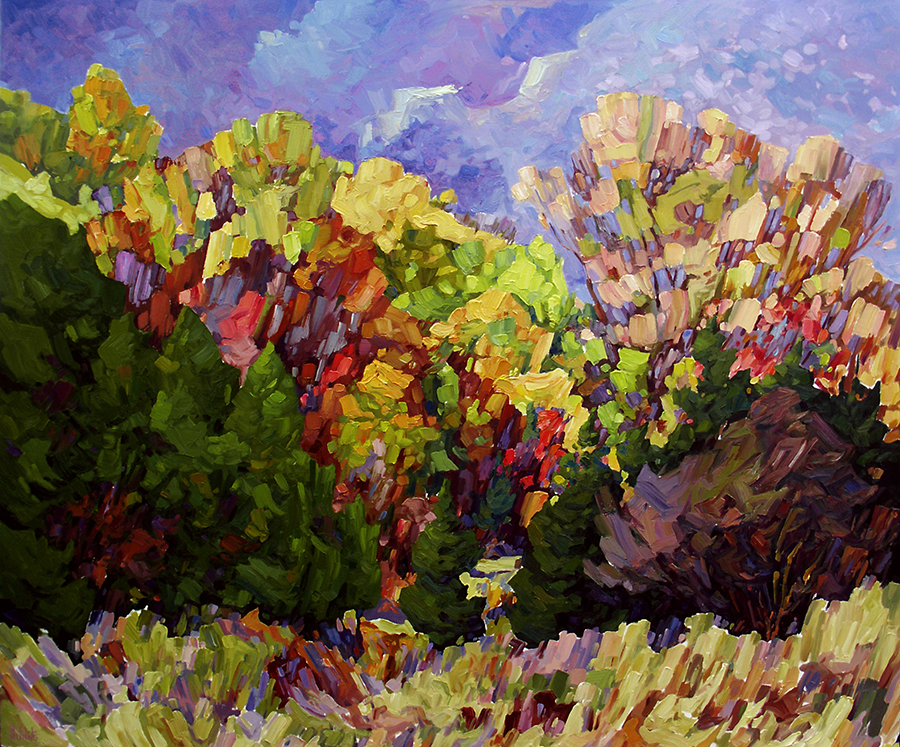 ‘Hope, After the Rain’, oil on canvas, by Bill Burns

Painter and former Beach resident Bill Burns hasn’t let something so trivial as lacking a place to call his own get in his way.

The long-time artist is livening up the walls of a relatively new Queen Street East restaurant with a show of his acrylic and oil landscapes on display at Cool Star, billing the show as a “homeless but hopeful” artist finding a home for his art.

Burns joked on the phone that he has been “painting for 10 to 30 years” – with a few breaks for other paying jobs.

He paints nature scenes, often on location, and notes that he chooses to take it as a compliment that he is often compared to members of the Group of Seven, although the similarity is mostly in subject matter.

“I feel it is because like them, I paint the same Canadian landscape in the same impressionist tradition of en plein aire,” he says.

The show in its non-traditional venue came about by serendipity. Burns was parked across the street from Cool Star (formerly Menchie’s, a few doors west of Kew Gardens) when it occurred to him to simply ask the owners if he could show some of the paintings he had with him in his van.

The owners agreed, and his bright paintings, ranging from 20 by 24 inches all the way up to ‘Hope, After the Rain,’ a 40 by 48 inch oil on canvas, are now adding a dash of fine art to the dining experience.

The painting’s spirit and title embody Burns’ attitude. “The most important thing is to be happy and have hope. Hope is essential to happiness,” he says.

The ‘Cold and Hot art show’ will be up until the end of the month.