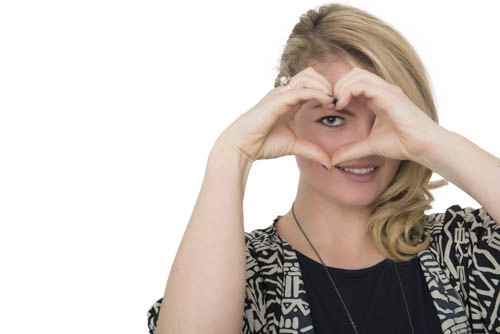 Holmes is a singer, songwriter and former CTV host creating music that straddles the lines between jazz, blues, country and soul.

Her performance is part of the festival’s Club Series, taking place at the 120 Diner at 120 Church St. on Thursday, June 30 at 8 p.m. Tickets are $20 or $15. See the jazz festival website for ticket information.

Late-night public access cable fans might have caught a glimpse of the work of Beach screenwriter Randall C. Willis when Some TV! aired on Rogers TV.

The one-hour special combines Jim Henson-style puppetry with humans and the surreal humour of Monty Python “plus a dash of the human condition,” according to publicity material for the show.

Production on the special began in 2012 and after four years, Some TV! finally aired in March this year for the first time in Toronto. Soon other regional Rogers stations picked it up, and it has aired in New York as well.

Willis is a writer and photographer, among other things. He writes “everything from novels and screenplays to jokes and shopping lists.”

The project was very much a labour of love, with writers, crew and actors all volunteering their time to create the special. Another bonus was the cooperation of the Ontario Science Centre, which allowed full access for filming.

The Rogers promo probably sums up the show’s approach best:

“Tour the Ontario Science Centre and see Bruce get charged while Chad kisses Tim’s snake. See the ghostly comedy duo of Kevin and Herkimer. Get completely involved with the silly International Grass Grower’s Olympics! Find out what happens when Chad has too many beers then witness the insanity that Nic shares with Jacob through his nightmare!

Check out the trailer for Some TV! on YouTube. Willis writes regularly at  and tweets prolifically @createdbyrcw.

The Tapestry of Love Ensemble will perform a concert in support of Fort McMurray families on Wednesday, June 22.

The ensemble consists of Canadian composers Diana Chappell and Brian Stevens, and they will be joined by country gospel singer Barbara Grenier for the concert. The evening will include songs from the ensemble’s albums ‘Tapestry of Love’ and ‘Song Upon my Heart’.

The show takes place at 7:30 p.m. on Wednesday, June 22 at Hope United Church, 2550 Danforth Ave. at Main Street. Tickets are $15 from virgomusic.ca, Pavillion Pastries Café or at the door. Proceeds will go to the United Church of Canada’s Mission and Service Fund.