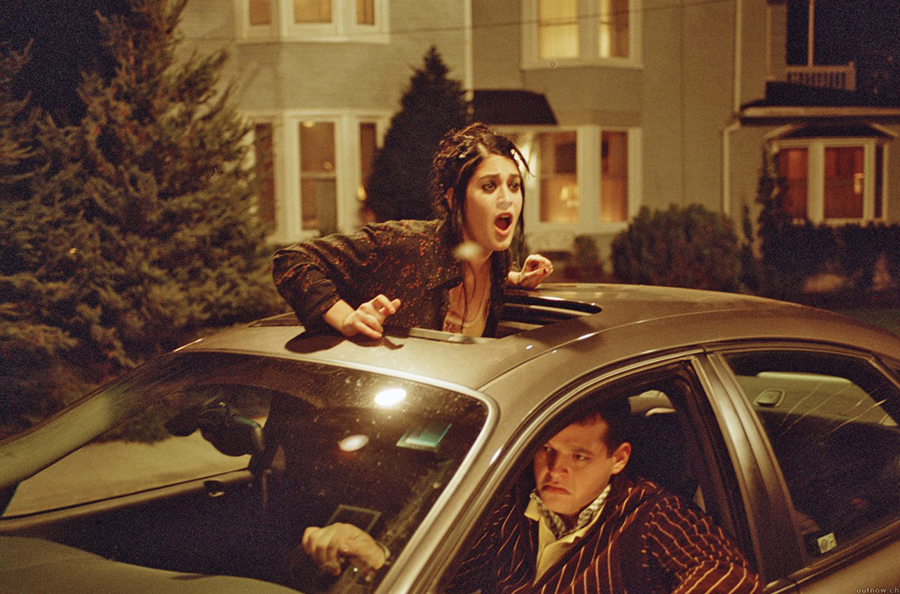 When Mean Girls came along in 2004, the biting satire seemed like just another teen comedy starring Lindsay Lohan, but beneath the laughs Tina Fey’s clever screenplay has a lot to say about bullying, acceptance and being true to yourself.

In the film Regina (Rachel McAdams), the “Queen Bee” of the Plastics clique, is told “You can’t sit with us” because she’s wearing sweatpants.

The movie’s quote, “You can’t sit with us,” has been turned on its head to become the theme of Toronto’s first-ever Pride Month (June 1 to July 3). Yes, you can be different and “You can sit with us”.

Pride Toronto, Harbourfront Centre and TIFF will present a free outdoor and online showing of Mean Girls on Wednesday, June 22 at 9 p.m. at Harbourfront. Bring a warm sweater – it gets cold down by the lake under the stars. Everyone is welcome, but be sure that sweater is pink. “On Wednesdays we wear pink!” It’s a tongue-in-cheek dress-code, but don’t even think about making “fetch” happen.

The screening kicks off a new season of “Free Flicks” at Harbourfront and features some special guests, including an interactive platform where you can “connect via video and text with stars and fellow fans.” There will be live commentary from actor Daniel Franzese who plays the openly gay character Damian.

In 2014 Franzese wrote a touching “coming out” letter to “Dear Damian”:

“It’s been a long time since our last encounter. Ten years to be exact. I was 26; you were 16. You were proud of who you were. I was an insecure actor. You became an iconic character that people looked up to. I wished I’d had you as a role model when I was younger. It might’ve been easier to be gay growing up. You WERE beautiful in every single way and words couldn’t bring you down.”

Franzese explains that he met a “gay glass ceiling” in casting. He was “terrified” to play this part, even though “this was a natural and true representation of a gay teenager – a character we laughed with instead of at.”

When he came out as gay, Franzese said, “I’m happy to be free and honest with myself and my fans. It feels like a backpack full of bricks has been lifted off me.

“Perhaps this will help someone else. I had to remind myself that my parents named me Daniel because it means ‘God is my judge’. So, I’m not afraid anymore. Of Hollywood, the closet or mean girls. Thank you for that, Damian. (And Tina).”

Mean Girls not only kick-started the film careers of McAdams, Fey, Amanda Seyfried and Amy Poehler, it’s also one of the best movies ever made in the Beach. Lohan’s family home is at the cul-de-sac on Balsam Road. While the exterior of the “Illinois” high school is actually Etobicoke CI, many key scenes were shot at Malvern CI including the gym confrontation, the projection room naughtiness and the “Jingle Bell Rock” dance on the auditorium stage.

On Balsam Road Damian yells out of a car, “And I want my pink shirt back!”

I have my pink shirt ready … and sweatpants. See you at the movies. You can sit with me.

Note: Strange Brew (1983), SCTV’s Doug and Bob MacKenzie’s absurd take-off on Hamlet starring Rick Moranis and Dave Thomas, plays Harbourfront on June 29 at 9 p.m. Watch for the RC Harris Filtration Plant as Elsinore Brewery re-located above Scarborough Bluffs. So take off, eh, you hosers, we are the Great White North.