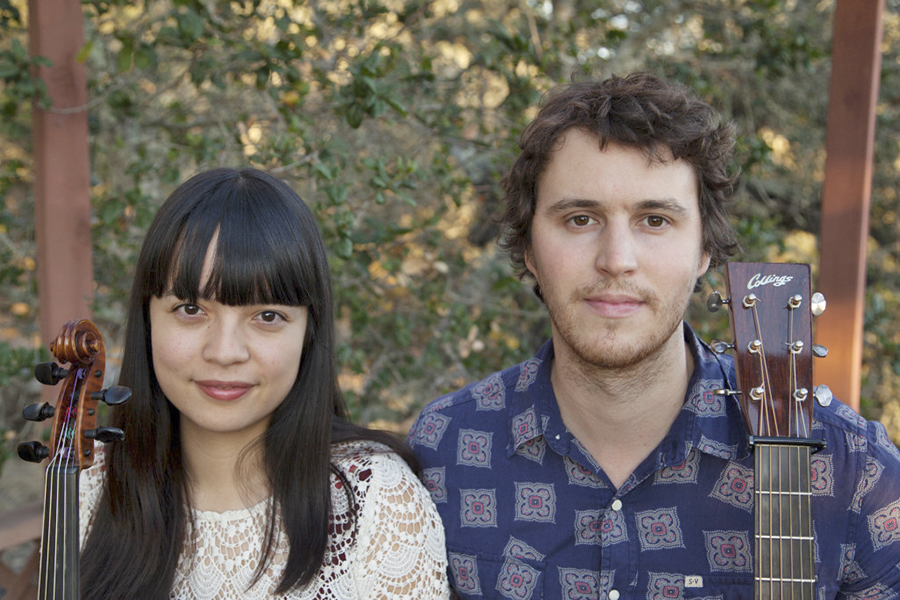 Acoustic Harvest presents The Bombadils on Saturday, June 4, to close out its 19th season.

The group’s core is guitarist and mandolin player Luke Fraser and fiddler and claw-hammer banjo player Sarah Frank, both of whom sing as well. The two musicians from opposite sides of the country met in university and share a love of folk songs and fiddle tunes. Bringing in a range of other musicians, they have been described as “chamber folk,” incorporating bass, cello, flute, and harmonica alongside their primary instruments.

The Bombadils have toured throughout North America, Europe, and New Zealand, and have released two well-received albums: Fill Your Boots and Grassy Roads, Wandering Feet.

The beat is back in the Beach, as the Muhtadi International Drumming Festival takes over Woodbine Park on Saturday and Sunday, June 4 and 5.

The festival will have a South Asian theme this year, with renowned drummers and groups from that area of the world – some based here in Toronto – including Gurpreep Chana, Professor Trichy Sankaran, Dhol Circle and Hummingbird Tassa Group.

Muhtadi also features a market area, local and international drummers and percussion groups, and clinics for those looking to brush up on their percussion skills. The drum village will offer anyone the chance to try out different percussion instruments, and there will be food vendors and a beer garden.

The Toronto Beaches Children’s Chorus has been invited to sing at the prestigious Carnegie Hall on June 12.

Led by Bronwen Low-Scott, the choir has been invited to perform at Distinguished Concerts International New York’s concert series. The children will sing in the world premiere of Cristian Grases’ Music for Treble and Youth Voices.

“The Toronto Beaches Children’s Chorus received this invitation because of the quality and high level of musicianship demonstrated by the singers as well as the high quality of their audition recordings,” wrote Dr. Jonathan Griffith, artistic director and principal conductor for DCINY in a release.

Low-Scott said the choir members have been doing double duty, both learning difficult music and raising the funds to travel to the Big Apple for the concert.

“The kids have been working hard … to learn some very challenging music, including one piece in Spanish,” says Low-Scott. “But raising the funds for their travel has been even more challenging with the fluctuations of the loonie versus the US dollar.”

The children have held several fundraising events, and have been collecting bottles to recycle, selling toilet paper, and selling Blue Jays tickets – that last effort earning the choir the honour of singing the national anthems at the April 22 game between the Jays and the Oakland A’s.

To help send off the choir for the trip, all levels of the chorus will perform at the Sing Into Summer concert on Sunday, June 5 at Kingston Road United Church, 975 Kingston Rd. The show starts at 4 p.m., and admission is free, although donations will be collected. To donate directly to the choir’s travel fund, see the choir’s fundraising site.

The play was adapted from the movie of the same name, and tells the story of a group of women from North Yorkshire, England in 1999. The women’s annual fundraising calendar of local landscapes was abandoned that year in favour of a more risqué approach – one in which the women of the Rylstone and District Women’s Institute appeared au naturel.

The community theatre group’s final production of the season will showcase the bravery of some East End actors, while offering a touching and hilariously entertaining adaptation of a recent movie classic in the making. In the spirit of the original Calendar Girls, Scarborough Players will donate to the Canadian Cancer Society’s Wheels of Hope program.

Tickets to Calendar Girls are $20 or $17 for seniors and students. Throughout the performance run, a silent auction will take place for a dress that was custom-made for Canadian entertainment legend Rita MacNeil, donated by her long-time friend and personal assistant Raymond Ratchford. There will be an audience talk-back session after the June 9 performance. Scarborough Village Theatre is at 3600 Kingston Rd.

The fourth annual Scarborough Worldwide Film Festival is all over the map, both thematically and literally, with screenings taking place downtown, at the Fox Theatre on Queen Street East in the heart of the Beach, and even under the stars at Bluffers’ Park.

For the full lineup of films, including the outdoor screening of cinematic masterpiece Baraka at Bluffers’ Park on Saturday, June 11, see scarboroughfilmfestival.com.

Jazzy Sundays continue at Morgans on the Danforth, 1282 Danforth Ave. The afternoon shows run from 2 to 5 p.m. with no cover. The Jim Gelcer Trio, featuring Ted Quinlan and George Koller, will play on Sunday, June 5. The following week’s performers will be the Mark Sepic Duo, featuring vocalist Rosita Stone.

Zak Miller will perform as part of Grinder on Main’s Acoustic Afternoons series on Sunday, June 5. The show starts at 2 p.m., and admission is pay-what-you-can. Grinder is at 126 Main St., just south of Gerrard Street East.