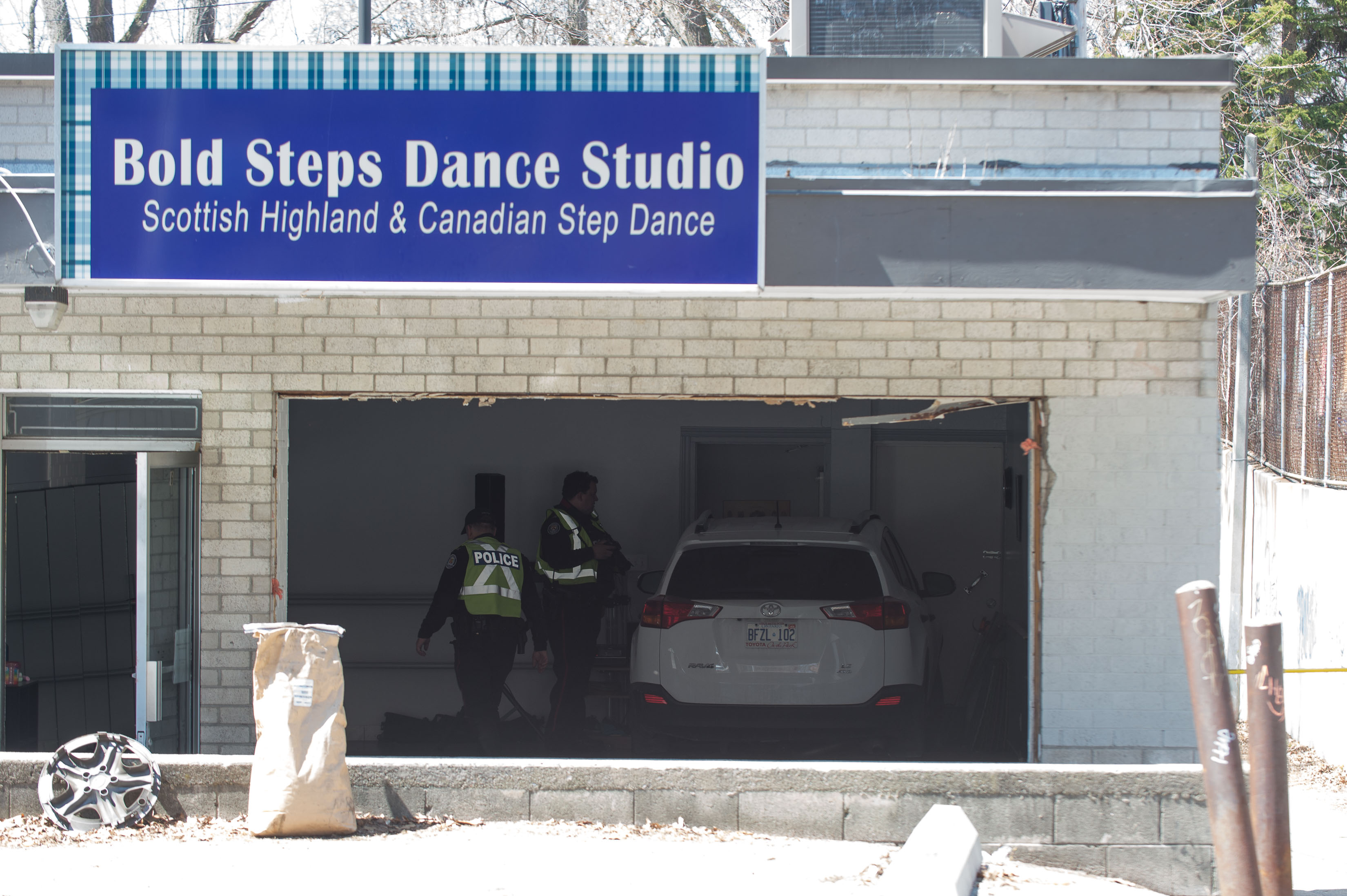 A car is seen inside the Bold Steps Dance Studio on Spruce Hill Road after it drove through the front window just before 10 a.m. on May 3. PHOTO: Victor Biro/Beach Metro News

A 68-year-old woman has been pronounced dead after a vehicle crashed into the Bold Steps dance studio at 3 Spruce Hill Rd.

Toronto Police Constable Clint Stibbe says the vehicle was attempting to park into a spot in front of the studio just before 10 a.m. this morning but somehow drove into the business.

“There were three people inside at the time,” said Stibbe. He said two of those people were transported to hospital where one of them succumbed to her injuries.

The driver of the vehicle remained on scene and was not injured.

As police continue their investigation into the cause of the crash, Spruce Hill Road will be shut down to traffic between Queen Street and Sycamore Place for several hours.

Any witnesses are asked to contact Toronto Police Traffic Services at 416-808-1900.