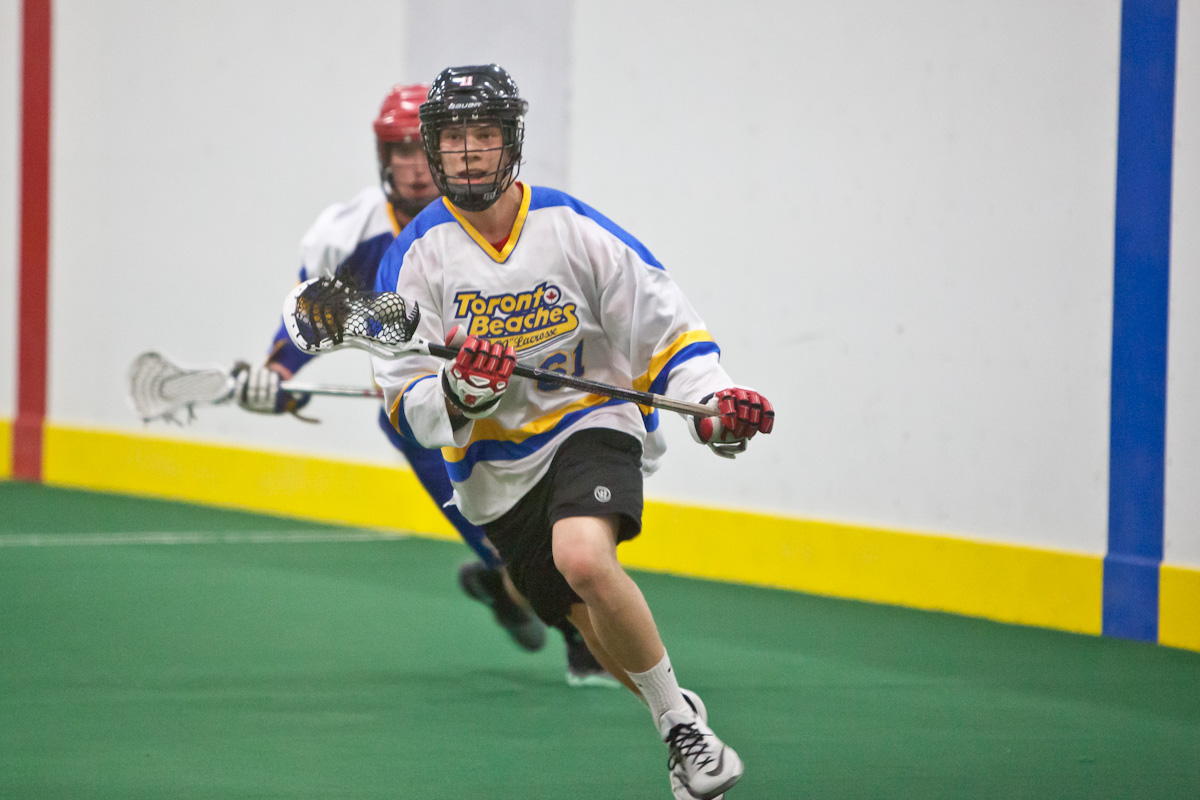 Mike Berger of the Toronto Beaches Jr. A Lacrosse team during a pre-season practice on April 20. PHOTO: Phil Lameira

They may have made the playoffs for the first time in 10 years last season. Their coaches may have taken home the Jim Bishop Memorial Award for outstanding coaching staff. But the Toronto Beaches Jr. A Lacrosse squad has a challenging year ahead of them.

Many of the fifth-year players from last season have moved on, leaving head coach Glenn Clark with a new group this year.

“I think we’re going to be a fairly young team this year and that presents challenges in itself,” said Clark at a pre-season practice on April 20 at the Stephen Leacock Arena in Scarborough.

“We’ve got some good skill at our younger ages, but they’re going to need some time to mature.”

Clark hopes achieving the right balance between veterans and younger players will turn into positive results on the floor. He admits it will take some time for these players to excel and doesn’t want to set the expectation so high for the team that the players feel too pressured.

“He has a really good mind for the defence end of the game and we’re really lucky to have him,” said Clark.

James Tessier, assistant general manager, is calling on fans in the community to once again show strong support.

He said the organization understands that wins are the best way to attract a crowd as they realized last year.

“It really makes the atmosphere much more exciting. The players enjoy it, the fans enjoy it,” said Tessier, adding that fans can expect to see some new activities at the home games to make for a fun-filled game experience.

Matt Duncan, a second round draft pick and offensive player, is looking forward to his debut in Jr. A.

“[I want to] learn as much as I can playing with these guys, and have some fun … get a few wins,” said Duncan, adding that he hopes not only to score goals but to get many assists as well.

Toronto Beaches opens their season at Ted Reeve Arena on May 6 against the Barrie Lakeshores.