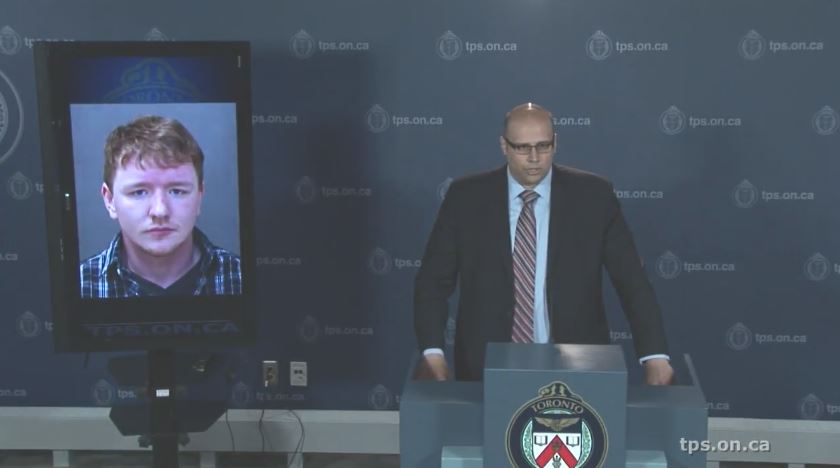 Toronto police have laid more charges against a 23-year-old man accused of sexually assaulting children he was babysitting in the East End area.

In March, police arrested Daniel Harker, 23, and charged him with sexual assault and sexual interference

Police said in a release March 22 that it was alleged that the parents of the victim contacted Harker after viewing his babysitting services profile online at care.com, an online caregiving database and service.

“On Saturday, March 5, 2016, the accused attended the victim’s home in the Woodbine Avenue/Danforth Avenue area,” said police. “The victim, a six-year-old, later disclosed to his parents that he had been sexually assaulted.”

Police believed there may be other victims, as Harker worked for the City of Toronto with children and advertised his babysitting services online, and asked for the public’s assistance.

In a news conference this morning, Remo D’Antonio of Toronto Police Services Sex Crimes Unit announced that more charges had been laid against Harker.

After the March 22 press release, “tips from the public have been investigated, and as a result of this new information being received, Daniel Harker, 23, from Toronto, was arrested yesterday, April 12.”

– between June 2012 and December 2013, Harker sexually assaulted a then-five-and-six-year-old boy he was babysitting, at the boy’s homes, in the Yonge Street/Eglinton Avenue area, and the Kingston Road/Victoria Park Avenue area, on two separate occasions

– between September 2015 and December 2015, Harker sexually assaulted a then-eight-year-old boy he was babysitting, at the boy’s home, in the Pape Avenue/Dundas Street East area

– in October 2015, Harker sexually assaulted a then-eight-year-old boy he was babysitting, at the boy’s home, in the Pape Avenue/Danforth Avenue area, on two separate occasions.

Harker is additionally charged with:

Police still believe there may be other victims.