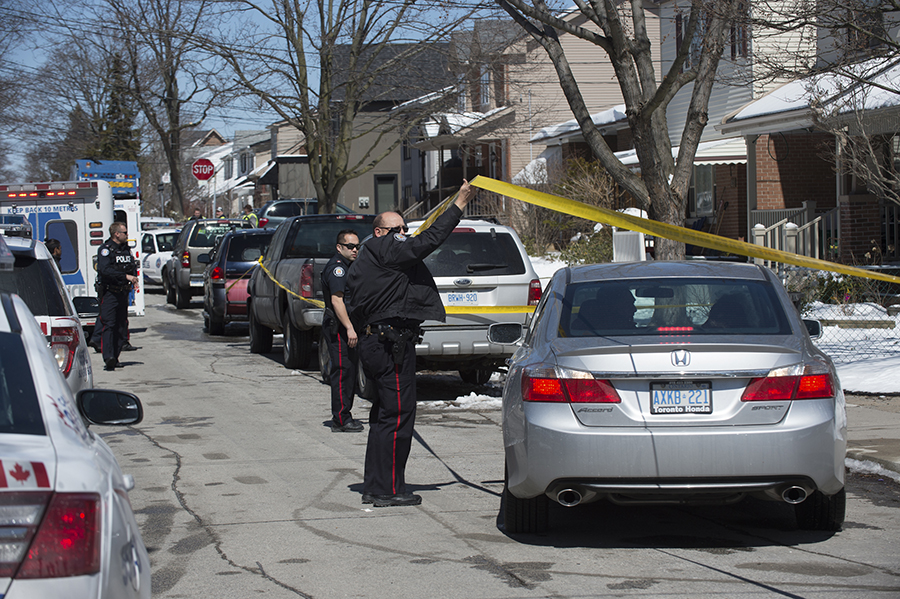 A lunch-time call for a fight on Pickering Street north of Kingston Road April 5 escalated into stabbing. PHOTO: Victor Biro

Police have arrested a 15-year-old boy in connection to a lunchtime fight that escalated into a stabbing at Kingston Road and Pickering Street Tuesday.

The boy, who cannot be named because of provisions of the Youth Criminal Justice Act, has been charged with assault, assault with a weapon, and aggravated assault.

It is alleged that around 12:20 p.m. on Tuesday, April 5, two 15-year-old boys became involved in an argument, said Toronto Police in a release this morning.

One of the boys knocked the other to the ground and punched him in the face, said police.

The boy who was assaulted began walking away, when the other boy followed him and then stabbed him in the arm, said police.

The victim was taken to hospital with non-life-threatening injuries. The knife was recovered and seized by police.

The boy was scheduled to appear in court this morning.

This post has been updated from an earlier version.