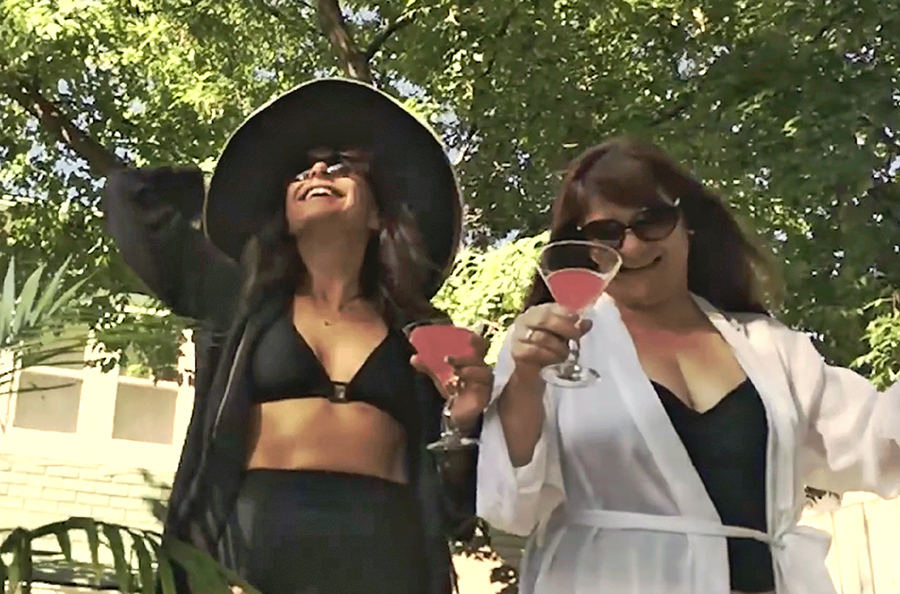 East End residents Kelly Fanson, left, and Kate Davis have created a comedy web series inspired by their lives called ‘Best Before,’ aimed at the 40-something audience. Photo: submitted

What happens when two funny East End women get together to write something about modern life for 40-something parents?

The web series Best Before, if the two women in question are Beacher Kate Davis and Gerrard India Bazaar resident Kelly Fanson.

Davis is a stand-up comic and motivational speaker, while Fanson is an actor and voice actor. Davis says the two started working on the concept and scripts last summer, after Fanson proposed working on something together at an open mic night.

The series was launched late last year, and 15 episodes ranging from two to five minutes have been posted so far. The plan is to finish up to 25 instalments and submit them to festivals.

“It’s been creatively very fulfilling for both of us … It just seems to be endless, the amount of stories we’re coming up with,” said Davis.

Those stories are most definitely intended for an adult – though not necessarily mature – audience. Topics range from Fanson’s single mom character accidentally discovering her son’s pornography to Davis lamenting her daughters’ lack of feminist ideals.

In one episode, Fanson’s character, who is recently divorced, orders an Uber while out on a date with a younger man. When Davis turns out to be her driver, it’s revealed that the date is not only younger, but a friend of one of their children.

Those awkward and funny – but age-specific – scenarios are the kind they didn’t see playing out elsewhere online, said Davis, who points out that most online content is aimed at a younger audience.

“There’s so much on the internet, but there’s actually nothing for us,” she said. “The only things for our age group are creepy makeup tutorials.”

Davis and Fanson signed up as many friends and family as they could and started filming. Some shoots take a relatively short amount of time, while one recent episode was filmed over a nine-hour day. After the shooting there’s still the editing and post-production, translating into many hours of work. But that work isn’t really an issue for Davis or Fanson.

“I believe in it, and so does Kelly. It’s been a great way to express ourselves and get it out there,” said Davis.

Viewer discretion, as they say on television, is advised.