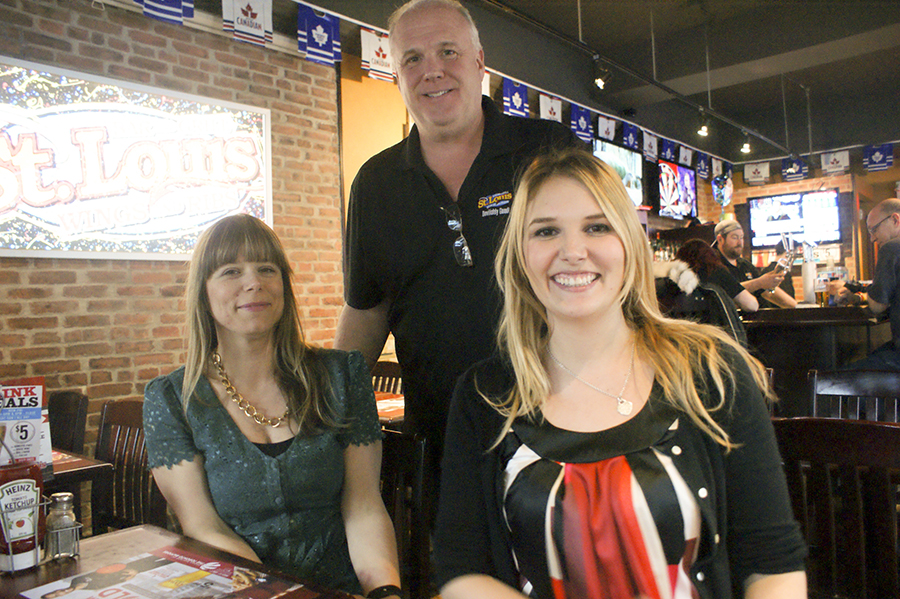 Two women are leading the charge to bring a Christmas market to Queen Street East.

Niki Papaioannou and Caitlin Tizzard, marketers for St. Louis Grill, including the Beach location, are spearheading an initiative to turn Queen Street into a Distillery-style Christmas market in December. They hosted one community brainstorming session on March 2 and are inviting the public to come to their next meeting. They are keen for public input and ideas as well as volunteers to pitch in.

“We want to help drive the charm of the Beach to outsiders, and bring everyone back to the Beach,” said Papaioannou.

She said she had a “sparkle” of an idea for the initiative last Christmas when she walked along the Queen strip and it felt deserted, and then the next day visited the Distillery market to find it almost too busy. She figures there are enough people to frequent two neighbourhood holiday markets, and that this is a great opportunity to improve foot traffic in the Beach and help businesses through the dark winter months.

“The Beach has so much to offer, it’s just a matter of organizing the unique offerings into a cohesive event to really drive traffic to the area,” said Tizzard.

And the team is getting to work early because they want to make sure the community has plenty of opportunity to get involved and share ideas. Christmas markets have been pitched in the past, but failed to stick.

The idea so far is to have carolers, lights, and general Christmas charm, as well as outdoor winter huts on the sidewalks outside storefronts. Papaioannou said it doesn’t look like shutting down Queen Street to have a car-free street market would work.

There is talk of each year having an overall theme, with different sections of Queen assigned a portion of that theme (for example: past, present and future) to entice people along the entire corridor. And art will likely play a role as well.

Once the group has enough volunteers, they’ll begin looking at the necessary permits and requests for sponsorship to help pay for the event.

Ward 32 councillor Mary-Margaret McMahon helped host the first meeting, and said she appreciates how keen the women are on making something like this happen.

“We had a good attendance, maybe 20 or so people, business owners, locals, non-locals, and lots of ideas,” she said. “Kind of a community conversation … [an idea to highlight] the quaint cozy, feeling of the Beach at Christmas-time is great.”

Papaioannou and Tizzard are encouraging everyone to come to the April 21 meeting at St. Louis Grill, saying they’ve asked everyone who was at the first meeting to bring a neighbour or friend.

April 21 meeting is at what time?