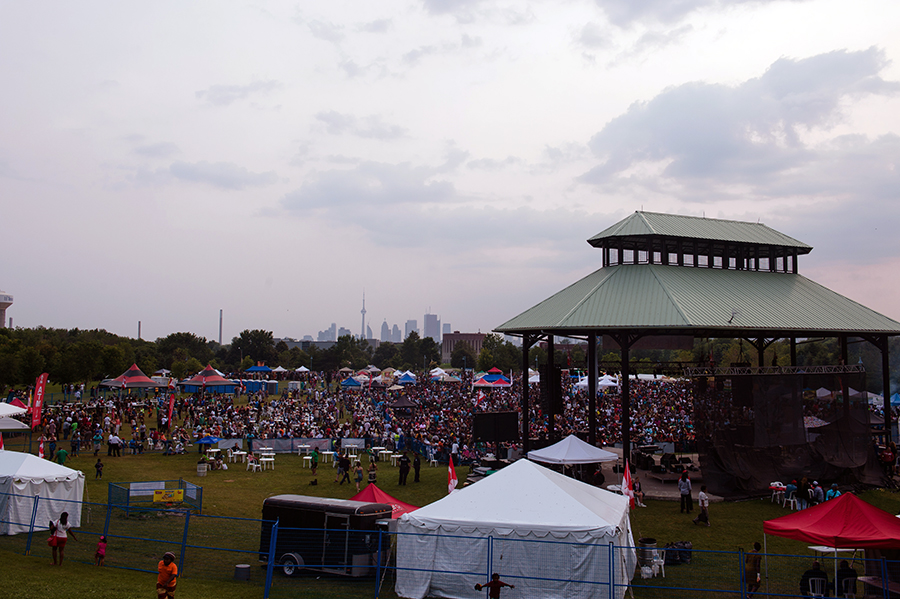 The organizers of Afrofest are amping up the pressure on city officials following word that the city intends to reduce the popular African music festival from two days to one, citing noise and compliance complaints.

Afrofest has taken place in Woodbine Park annually since 2012, when it moved to the neighbourhood after outgrowing Queens Park where it had taken place since 1989. With crowds of up to 60,000 people per day, it’s the largest annual African music festival in North America.

Limiting the festival to one day “will almost certainly mean the end of Afrofest as a free community event,” reads a petition launched March 5, which has over 400 signatures and 160 comments, and warns the new conditions threaten the festival’s future.

The petition, and a release from Afrofest sent March 14, encourages its supporters to write and call Ward 32 councillor Mary Margaret McMahon, as well as Mayor John Tory and other city councillors to push the city to reverse the decision.

“The city will listen to us when our voice is loud,” reads the petition.

The city’s reasoning for limiting the festival to a one-day event is because “permissible sound levels and permitted time frames were exceeded in previous festivals,” reads the Afrofest release. “Afrofest organizers maintain that these allegations are inaccurate.”

In a phone call Tuesday, March 16, president of Music Africa, the organizers of Afrofest, Peter Toh said the move to limit the festival will cause significant financial and organizational hardship for the festival, noting that vendor revenue will be cut in half, that they will not be able to bring in as many international artists, and that contracts and funding will be impacted. He said the festival will remain free and that organizers will work to put on a one-day festival if they are forced to, but “it’s going to be tough.”

“It has a significant impact on the festival financially, and also on the integrity of the festival within the African community,” said Toh.

He called the move discriminatory and said that Afrofest doesn’t act differently than any other festival – but is unfairly punished and criticised.

“What is permissible in other situations is not permissible with us,” he said. “I’ve been to other festivals and there are cars on the turf – if that happened at Afrofest, it’s a whole different story … Why are we having a double standard?

“The sound company we employ does most of the events at Woodbine Park, including Canada Day and Beaches Jazz festival concerts, and use of the same sound equipment, crew and sound levels,” said Toh. “The volume at Afrofest is no different than at those events but in our case they are being called violations.”

Councillor McMahon disagrees, saying that there have been a “disproportionate amount of complaints compared to other festivals. Not every festival has been perfect, but we try to work with people and we’ve had two years in a row of non-compliance from Afrofest.

“Instead of us pulling the plug with them completely, we offered them one day and if they comply, we’ll reward good behaviour and they’ll be able to do their two-day festival again next year.”

She said she knows the organizers can pull off a smooth festival without complaints because they have done it before.

“The first year everything was great,” she said. “But the last couple of years there have been problems, primarily noise complaints and not closing down at the proper time on Sunday nights. We always like to work with our festival organizers to ensure success and make sure the community isn’t totally disrupted.”

Woodbine Park is a festival park, she said, and it will always be animated with activity and events, but “there are some people in the community who don’t want any festivals and other people who are keen on them, and it’s a balance.”

Because of that, “we need our festivals to comply with city rules and regulations and the conditions of their permit,” she said.

“They’re a fantastic festival, people love them, it’s a great event, but we need them to behave,” she added.

McMahon’s office has been receiving calls and emails from Afrofest supporters, but says the city is not going to change course and allow them to host a two-day festival this year.

“No. Two years we’ve been trying to work with them,” she said.

Toh said Music Africa wants to work constructively with the city but feels like the success of the festival is jeopardized by the city’s conditions and how much misunderstanding and frustration there is between the city and the festival.

“I wish that somebody neutral could come look at this situation,” he said. “I can be frustrated, because it’s difficult to be in a position in which you know things can be done positively to accomplish a lot but they are not being done.”

Take your punishment and put on a festival following the city rules, and then you will resume your festival next year back to two days. Stop acting like the city is out to get you. Every event has to follow the rules. Maybe you don’t like being told what to do…