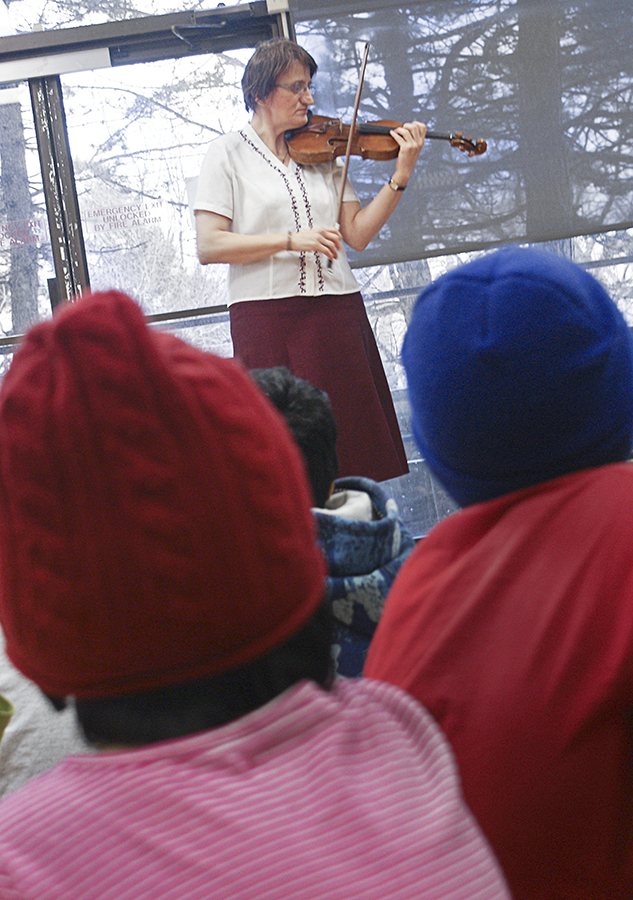 The Crescent Town Kick Start after-school program scored earlier this month when it hosted its first violin concert ever for a room full of students, parents, and volunteers.

“I will take you on a trip through history,” said Gamalova near the beginning of her performance, after detailing how a violin is made and works.

“We’ll start from the Baroque period, which was in the end of the 17th and beginning of 18th century, and then we will go through the classical period, the romantic period, and then the modern period. The oldest period when classical music was written is called Baroque – there was Renaissance before that but it was very little. It was in preparation for the great Baroque period.”

Nikeisha Noel, one of the organizers of the Neighbourhood Link Services after-school program in Crescent Town, said that when they asked the kids what kind of event they would like to have, there was a lot of enthusiasm for a violin concert.

Before the concert, when program leader Michelle Ilios asked the seated students how many of them play the violin, several students raised their hands. When she asked how many were interested in playing the violin, nearly half of the children’s hands shot up.

Noel said that some students had never heard a violin played in person.

“It’s something new … there were a lot of kids that were interested in this, so we thought it would be a good idea to bring someone in that can teach them more about instruments and actually perform for them,” she said.