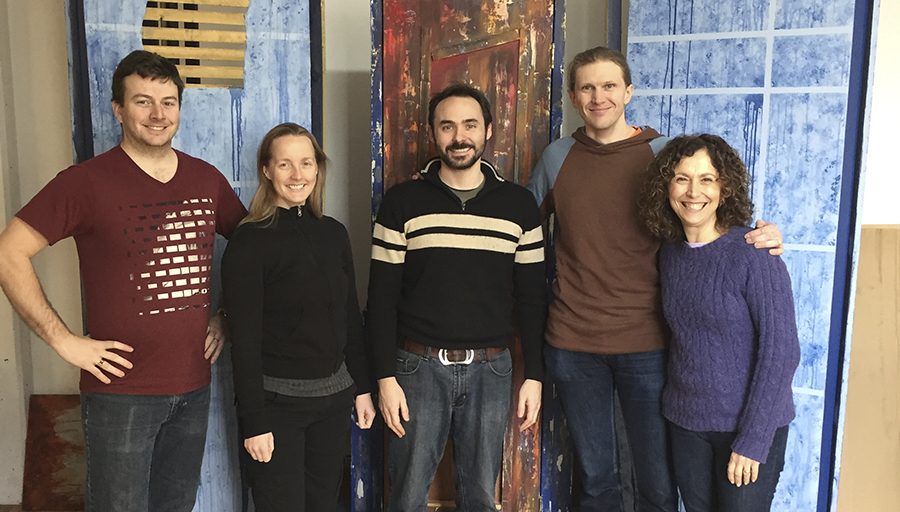 The festival they will take part in is the Distinguished Concerts International New York series, a high-quality performance experience for the ensembles as well as the audience, according to Chorus assistant Jessica Riley.

What makes the achievement all the more impressive is that TBCC is not an exclusive organization. The choir has a very inclusive policy for youth who want to sing.

“What’s kind of special about the choir is that we don’t turn kids away based on ability,” said Riley. Artistic director Bronwen Low “manages to find a really nice balance between hard work and having it be fun for them.”

The challenge now is for the more than 30 young singers, as well as the adults who teach, conduct, direct, or just simply chaperone, to raise an estimated $1,500 each – or more, if the Canadian dollar continues its decline.

To that end, the TBCC is holding a fundraising Family Fun Night on Saturday, Feb. 6 at Beach United Church, starting at 5:30 p.m. Starting with a homemade pasta dinner, the evening will also include dancing, a 50/50 draw, a cash bar, a silent auction, pinball machines, and, of course, a performance by the chamber choir. Tickets are $10 for children, $20 for adults, or $50 for a family of four.

Anyone unable to make it to the event can still order a copy of the TBCC’s first CD, I Love to Sing. The album includes all five of the TBCC’s choirs, and covers a wide range of material, from musical theatre to Canadian folk to an original composition commissioned from Toronto composer Chris Meyer.

“It’s a nice representation of what we do with the kids,” said Riley.

Beach jazz pianist Mark Eisenman’s Jazz in the Kitchen series usually sells out very quickly, so fans should be pleased for the chance to catch his playing with the John Alcorn Quartet on Friday and Saturday, Feb. 12 and 13.

The shows will take place at Jazz Bistro, which is, according to Eisenman, “a beautiful room in which to listen to music, with the best piano in town.”

Along with Eisenman on piano and quartet leader Alcorn singing, Perry White will cover saxophone duties while Steve Wallace holds up the low end on bass.

The quartet will perform a mix of love songs and standards to warm up music lovers with a pre-Valentine’s Day program. The shows will run from 9 to 11:30 p.m., and tickets are $20.

A cadre of East End theatre talent is helping mount Thought For Food’s production of The Trial of Judith K. at Theatre Passe Muraille Backspace.

The play, written by Canadian Sally Clark, is a re-imagining of Franz Kafka’s The Trial, transplanted to 1980s Vancouver with a female lead.

Judith is a businesswoman who suddenly finds herself arrested and charged with an unnamed crime. She must prove her innocence under the threat of execution, but has no idea what the charges or evidence against her are.

The play turns Kafka’s existential musings into a judgment on modern ideas of power, authority, and personal freedom. The producers promise a dark and violent story with “outlandish characters and absurd situations that keep you laughing even when you know you should be crying.”

The Trial of Judith K. runs from Jan. 28 to Feb. 14 at Theatre Passe Muraille Backspace, 16 Ryerson Ave. Tickets are $20 to $30. The play is not recommended for children under 14 years old, and contains depictions of violence, strong language, sexual content and the use of e-cigarettes.

For tickets and a full schedule of showtimes, see artsboxoffice.ca.

Beach Jazz and Reflection is back at Beach United Church. From 4:30 to 5:15 p.m. on Saturday, Feb. 6, Wes Allen and Anthony Brancati with Bill MacLean will perform a program of music with the theme of Overjoyed. There is no cost of admission, but a freewill offering will be collected.

Though a pickle is not necessarily sweeter than an onion, it is at least more local since the launch of The Beach Pickle, an online satirical ‘news’ site.

The site, launched by a Malvern grad who wishes to remain anonymous, includes stories covering the gamut of stereotypical Beach issues with its tongue planted firmly in its cheek.

Anyone who’s lived in the neighbourhood for a while is likely to find a topic that hits close to home.

Online reaction has been – almost as if to inspire further articles – mixed, with some getting a laugh from the site and others wondering if there aren’t better ways for the author to spend his time, and yet others attempting to analyze and assign deep motives to the site beyond those the author has even considered.

Some sample headlines from recent stories:

“New Trendy Store Opens in Beaches, Closes,” a topic that may have touched a few raw nerves. (Sample quote from the story: “In hindsight, we probably should have used basic math to determine if there was a market for us, rather than opening up a trendy spot in an area where many people live but don’t shop at all.” Ouch.)