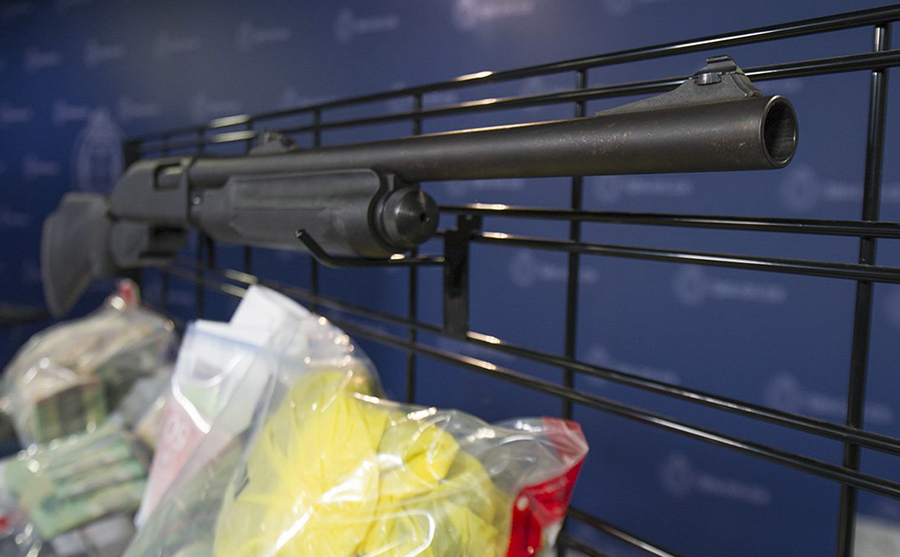 Police have arrested a man wanted for a 2014 murder in the Gerrard-Ashdale neighbourhood.

Conrad Grizzle, 22, was arrested along with nine others during a series of early-morning drug raids in Toronto, Barrie and the surrounding areas on Wednesday, Dec. 9.

Grizzle is alleged to have shot and killed Douglas Parker, a 20-year old father of one, as well as shooting and injuring three of Parker’s friends as they got out of a taxi on Walpole Avenue on May 24, 2014.

Grizzle faces a charge of second-degree murder and two counts of attempted murder, as well as charges for drug trafficking.

Inspector Howie Page, an officer on Toronto’s drug squad, said at a Thursday news conference that Grizzle’s name was not on the original list of suspects involved in the drug raids.

Page said that Grizzle tried to use an alias after his arrest, but was soon outed by police.

Grizzle apparently evaded police earlier this fall, when a three-hour manhunt near Danforth and Coxwell Avenues that involved a helicopter, police dogs and several officers failed to catch him.

The materials, worth an estimated $1.1 million, were seized from 10 homes in Toronto, Barrie, Innisfil, Markham, and Utopia, and many of the drugs were packaged for street-level sales.

“The packaging of these drugs is an important factor of this investigation,” said Page.

“These individuals are alleged to be part of a sophisticated network of dealers willing and able to provide illicit drugs to high-end dealers, mid-level dealers as well as the street level throughout the city of Toronto and the GTA.”