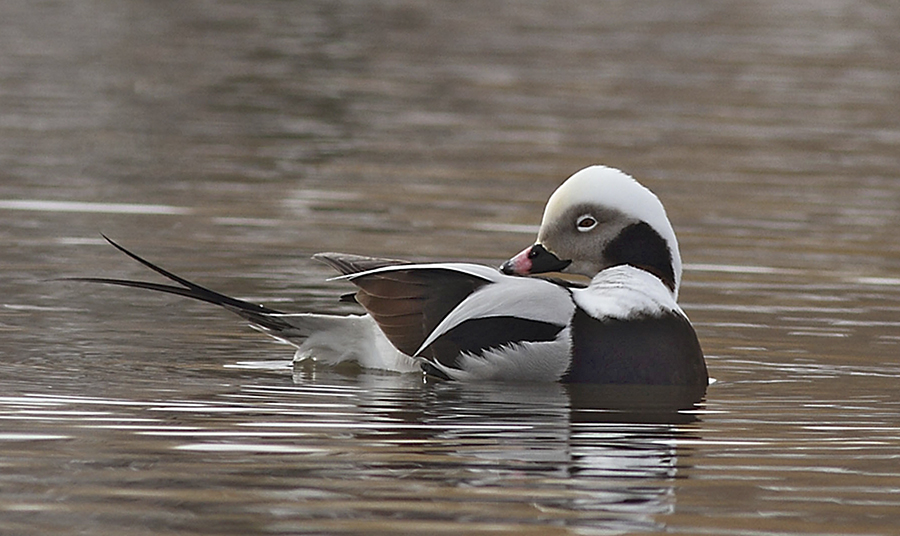 I had one of those special days, the kind that you never want to end, just the other day. It all began when my husband suggested I get out of the house, lest the constant banging of the roofers drive me crazy.

My first stop was at the Toronto Wildlife Centre to pick up white throated sparrows, a northern flicker, and a Cooper’s hawk, all of which were due to be released following their rehabilitation from window strikes. Thanks to the dedicated staff at Toronto Wildlife Centre the birds were ready to continue their migration and I had the pleasure of seeing them off. The Cooper’s hawk was a special treat as he landed in a tree barely 10 feet away after getting out of his box. I was able to take note of his beautiful blue back feathers, his bright orange eyes, and his methodical preening routine before he flew out of sight.

After the releases I went to Tommy Thompson Park where I happened across a peregrine falcon attacking two common ravens. They circled, grabbed, and screamed at each other for a few minutes before one raven took a break on the hydro pole right beside my car. He made a croaking call, the one that helps you distinguish them from cawing crows, in such a way that left no doubt in my mind about his displeasure with the peregrine’s presence. The peregrine responded with a call of his own and their battle began anew. You don’t see this every day, especially if you’re not looking for it.

My next stop was Ashbridges Bay, where I sat on a bench and enjoyed the sights and yodelling of about 30 long-tailed ducks paddling around the boat launch. They may not be as exciting as a Cooper’s hawk or falcons, but they are beautiful birds. Sometimes everyone needs to put their feet up and just watch the ducks swim by. My last stop of the day was the Rosetta McClain Gardens raptor watch. In addition to a red-tailed hawk, a common loon, and about a dozen other birds of prey, I got to see a male northern harrier pass by. This was neat because we usually only see one or two harriers taking this route during a migration season.

It was finally time to head home, put my camera away, and relax. I picked up a coffee, made it into the driveway, and had barely stepped out of the car when my neighbour came running over to let me know a big fox was back and hanging out in her backyard.

Before I got into birding all these interesting events would still have happened, but I never would have noticed them all happening around me. While I encourage everyone out there to learn more about the natural world around them, I do have to warn you: the more you open your eyes to the beautiful world around you, the less you’re going to want to shut them.