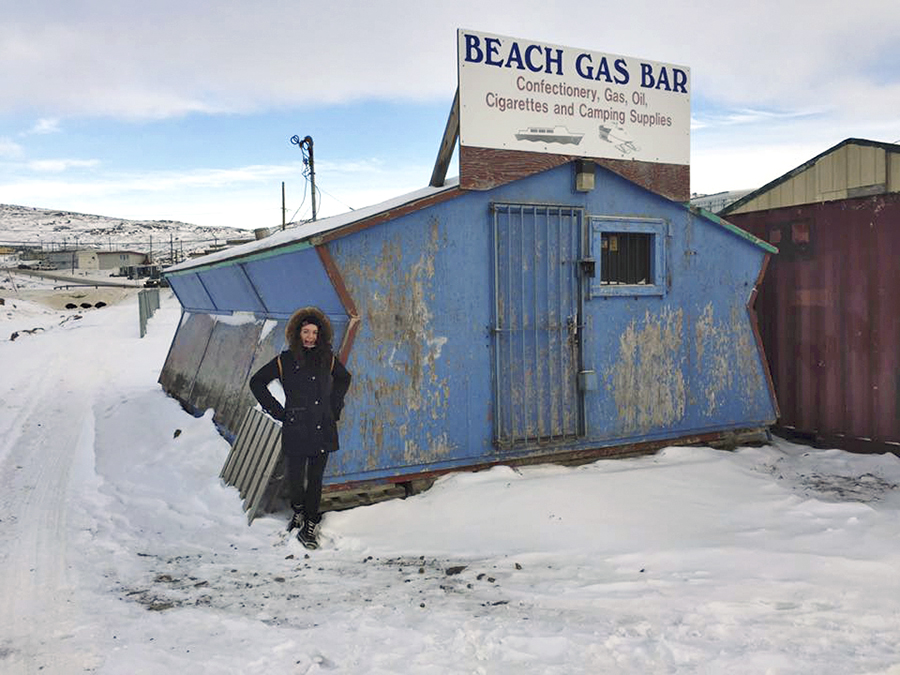 Shortly after her plane landed in Iqaluit, Georgia Koumantaros settled onto a sealskin chair and watched Nunavut’s 19-person legislature at work.

“It wasn’t this big show,” said Koumantaros, a Grade 12 Malvern student and former Queen’s Park page. “They were actually working together towards a common goal.”

Compared with the theatrics of question period in Ontario, where too many MPPs “attack, attack, attack,” Koumantaros said the territory’s consensus-style government was refreshing to see.

Like the Northwest Territories, Nunavut has no political parties – its premier and cabinet are chosen by the whole legislature.

And while consensus decisions aren’t mandatory, they are common, as is the polite tone of debate held at the legislature’s circular table.

For five days in Iqaluit, including a Halloween with lots of snowsuits, Koumantaros joined the Arctic Youth Ambassador Caucus – a conference run by the charity Global Vision that brings together youth from across Nunavut and all over Canada.

Listening to experts on Inuit culture, education, and food security, Koumantaros learned that the territory of 36,000 people has unique social challenges, but a social advantage, too.

“The culture is so communal, and has such a building-each-other up,” she said.

One big challenge in Nunavut is obvious to anyone who walks into a store and sees $9 toothpaste and $10 jugs of milk.

Any food shipped to Nunavut is super expensive, and while most Inuit families also hunt or fish for “country food,” such as seal meat, Koumantaros learned it’s not available to everyone.

Subsidies are available for some imported foods, but advocates say they aren’t enough.

Another challenge in Nunavut is access to higher education.

In Iqaluit, Koumantaros visited an elementary school where lessons are rooted in Inuit culture, and taught in Inuit languages.

A former teacher said that two years ago, local elders were outside the school showing all the kids how to build an igloo when a rare thing happened – a polar bear walked right into town.

Everyone crowded into a gazebo for safety, and the bear had to be killed. Its fur is now on display in the school library.

But going to high school in Nunavut is another story.

Based on the Alberta curriculum, it has little cultural relevance to Inuit youth.

One student told Koumantaros that he actually learned more about Inuit culture in Ottawa than at home.

Since returning from Iqaluit on Nov. 2, Koumantaros has been looking for venues at her school and elsewhere where she can share what she learned.

She is also busy emailing federal MPs and anyone else who may be able to help with another task – shipping 15 boxes of children’s books to Iqaluit.

Before she left, Koumantaros led a drive to collect the books, but she ran into problems with transport.

Mailing the books could cost some $2,000, and so far, attempts to find a sponsoring rail or airline company have not come through.

Still, Koumantaros is optimistic that she and others at Malvern will find a solution, pointing out that as far away as Nunavut may be, all Canadians should be able to reach out to each other.